Freddy and the Art of Follow-Through

Since joining a dog-fostering organization about a year ago, we’ve fostered and helped bring many dogs to a successful new start with a loving family.  The dogs have all moved on to a wide variety of new settings, too. Some immediately become the presence in the home that adds a wonderful new companionship and sense of security.

A few have become instant buddies to pets already part of the new family, and a couple of others have joined on to an exciting blend of home life and getting to go to work with their owners every day!

But recently, we’ve experienced a scenario that has been thought-provoking for us, and which risks setbacks for the dogs we’ve cared for.

In the first instance, a family wanted to adopt a terrific Labrador and Hound-dog mix foster dog named “Freddy”, who had been in our care for about 3 weeks.  During his stay with us, Freddy has been growing in his ability to live with other dogs and cats. In fact, our dogs and Freddy got along pretty well and quickly, and the cats have been more of a work in progress in that Freddy wants to run up to and play with the cats, and his excitement can be both animated and with some mild calamity in the first few seconds and minutes of any day they get together. 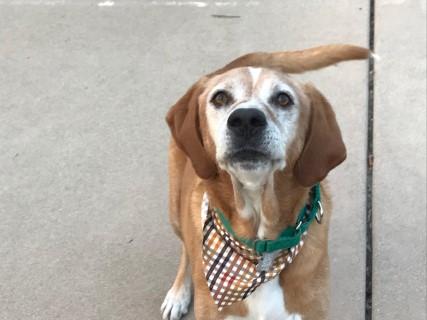 …we must also understand that success—and the process of becoming a new team—when new team members arrive, doesn’t happen instantly.

Well, a retired couple saw his availability and came to our home to meet Freddy within a couple of days.  Freddy must have felt like a kindred spirit to the couple, for when they arrived, parked and opened the door to their car, Freddy jumped in immediately and began to make instant friends!

Unfortunately, when the couple got home, they realized that Freddy’s unique nature of dander and fur was very hard on one of the couple’s allergies and they simply could not keep him.  So, the very next day, Freddy returned to us. And while Freddy seemed happy to be back, and our own dogs seemed to be happy to see him again, we felt that the attempt by the couple seemed less than a complete effort in that no action was taken to try and mitigate the allergies; either through medication, bathing or other solutions.

Within another week, Freddy was ready for adoption again.  This time, the adoptive family was a retired woman and her daughter who was looking for a larger dog, and one that would live with cats.  We, of course, stressed that while Freddy is terrifically social with people and dogs, he is still developing ‘cat-cohabitation’ skills.  This family said that was fine, and rushed to come to meet Freddy within hours of learning of his availability.

When the two women arrived, once again, Freddy was his fully-engaging self, and they decided right then to take him home.  We were thrilled for Freddy, especially given his last adoption experience, and glad that he would provide companionship and some real protective qualities for the elder woman.

But less than three hours later, the daughter of the couple called to say that Freddy and the cat didn’t get along and were bringing him back.  Given that the couple resided some nearly 90 minutes away from us, we couldn’t help but feel frustrated that Freddy was given less than a full opportunity to learn about this home and what would have been his new housemate.

These experiences call upon a very familiar path in our daily work and other settings when we might fail to place someone we lead in a position to succeed.  Equally important, we must also understand that success—and the process of becoming a new team—when new team members arrive, doesn’t happen instantly.  It takes time, effort, strength and commitment. And above all else, it must include a genuine measure of care, if not love.

If we are willing, as leaders, to invest carefully in the development of our team members, we must also do that amount of work to make sure we are fully supportive to those who have been developed elsewhere and one day become part of our team.  And we must be illustrative to our entire organization when we declare we are committed to a mission—whether it’s a new goal or a new team member.