Is Tallahassee Guilty of Economic Segregation? 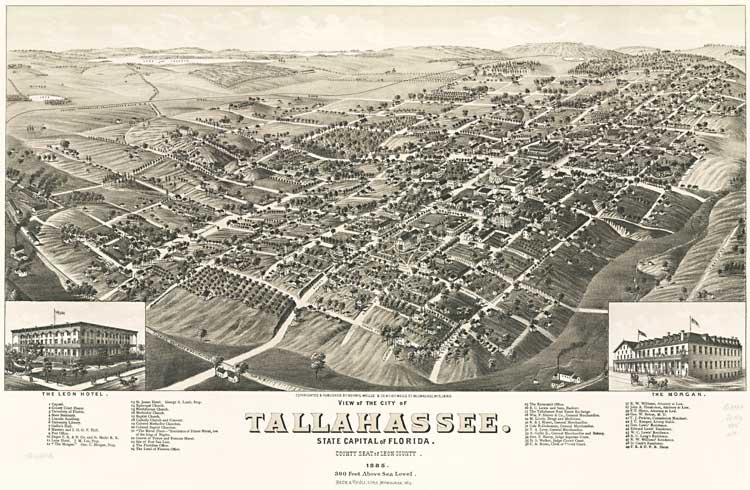 Disclaimer: The following piece only reflects my opinions and analysis as a resident who was born and raised in the City of Tallahassee. My hope is that my research sparks a positive discourse on how funding could be better allocated for easing our proposed economic segregation issue.

According to a report[i] by Toronto’s Martin Prosperity Institute released February 23rd, Tallahassee is ranked as the most economically segregated city in the United States in terms of income, education, and occupation followed by Trenton, N.J., Austin, Texas, and Tucson, Arizona. The Tallahassee City Commission has since refuted the report claiming flawed data. The report defined a wealthy household as having a total income at or above $200,000 and used the U.S. Census[ii] definition of an impoverished household which claims incomes at $11,485 or below for single residents and $23,000 for a family of four.

As noted by Karl Etters of the Tallahassee Democrat[iii], the report basically shed light on the long-standing fact that the population’s wealthy are farther separated from their impoverished counterparts in terms of neighborhoods and school zoning than any other city in the United States. As a Tallahassee native, I can attest to witnessing a certain level of segregation in the neighborhoods, school system, and social circles. However, it wasn’t until after I lived in other areas of the United States that I started to really consider whether Tallahassee was still, to an extent, experiencing socioeconomic holdovers from the 1960s. This inclination has prompted me to research past reports to discover whether Tallahassee was indeed guilty of economic segregation. In my search through recent reports, I found that how the City Commissions prioritizes infrastructure development to be a particularly interesting litmus test for economic segregation.

The City has set plans to spend over $2.5 million[iv] on a sidewalk project in Live Oak Plantation road, a road which runs through an upscale neighborhood comprised of primarily wealthy residents. The Commission cites the Safe Routes to School program, a program mandated to build sidewalks for school children who reside outside of the school bus service area, as the reason behind the Live Oak Plantation sidewalk plan. This $2.5million plus plan, though currently tabled, was set to be carried out even though it is on record that many residents of Live Oak Plantation refuted the need for sidewalks in their neighborhood due to the simple fact that they drive their kids to the schools for which they are zoned.

According to the Tallahassee Democrat, a Live Oak Plantation resident and wife of a County Commissioner,[v] has been the champion behind the project’s climb in priority. If the City Commission believes it can allocate nearly $3million ($500,000 for drafting blueprints and $2.5million for construction) for a sidewalk in a wealthy area with children who are driven to school, it begs the question as to why similar allocations haven’t been made in areas of greater need. It is arguable that this funding should go to any of the many higher priority projects or agencies that would better benefit the community.

The largest area of need would be on the south side of town. In contrast to Live Oak Plantation, the citizens of South City, who are largely low-income, African-American residents, have requested sidewalks for several years; residents of the South City[vi] neighborhood, including schoolchildren, must walk alongside their roads to reach schools, stores, employment centers, and services.

The ‘Leon County Southside Connectivity Enhancement Completion Project’[vii] was set to meet the sidewalk need in the South City neighborhood through applying for a Transportation Investment Generating Economic Recovery (TIGER) grant set forth by the US Department of Transportation. When the grant proposal was rejected, the City still promised a high priority status for the much needed 2 mile-long, roughly $7 million sidewalk project dubbed the Magnolia Drive Multiuse Trail project. With discourse rumbling on whether the city can afford the Magnolia Drive project with $100,000 needed for other sidewalk projects, it begs the question as to why the City would consider allocating $3million for Live Oak Plantation neighborhood.

In the previous four years, $4 million[viii] of the $27 million City of Tallahassee Community Redevelopment Agency (CRA) budget has been spent on developing Tallahassee’s Southside. The other $23 million was spent on projects that were not considered by some to be within the legal definition of redevelopment activities, but this criticism has been met with remarks on the breadth of the CRA’s scope. However, there is hope that this pattern will soon be broken if the City Commission agrees to the newly proposed investment plan for Southside’s Frenchtown[ix]. Some of the proposed programs and projects within the plan include public safety, bus shelters, housing rehabilitation, business growth and employment incentives, farmers markets, and shopping centers. Unfortunately, some Commissioners have shown hesitation in accepting the plan as they feel it may be outside of the scope of the CRA’s mission. It’s certainly interesting to contrast the opinions towards the CRA’s mission throughout the years.

While it may appear that the City has prioritized higher socioeconomic areas over the needs of the low-income, the City’s Department of Economic and Community Development may be its redeeming feature. One of the units I assist with, the Department’s MWSDBE (Minority, Women, Small, and Disadvantaged Business Enterprise) program[x], seeks to help foster equality on the development front through certifying businesses owned by historically underserved populations with a status that will ensure that the City of Tallahassee prioritizes their utilization for procurement and construction opportunities. Another agency which does great work for equality is the Department’s Human Services[xi] division which serves the health, education, and living needs of the population’s low-income citizens and their neighborhoods.

As someone who has gone on several site visits, I can attest to hearing first-hand testimonials from participants on how agencies have practically saved lives when it seemed no one else would help. The CHSP (Community Human Services Partnership) has an innovative joint-funding process which brings together the City of Tallahassee, the United Way, and Leon County, in reviewing grant applications for these agencies and allocating funds based on highest need.

Unfortunately, according to the City of Tallahassee website, the City Human Service Funding budget[xii], a large portion of the CHSP budget, is still only $1,519,355; this serves as a constant struggle for many impactful agencies which must compete for a piece of the yearly grant money to fund their community programs. This struggle is illustrated by the nearly $2 million disparity between agency funding needs and agency funding received for fiscal year 2014.[xiii]

Tallahassee has a long way to go before socioeconomic holdovers from the 1960s have been fully eradicated, but the progress this city has made should not be ignored. If the City of Tallahassee wants to continue the momentum it has started to remove itself from the list of top economically segregated cities, it should allocate a much greater percentage of its CRA to lower socioeconomic areas such as Southside and provide more funding to the City Human Services Funding budget. Adding a CRA grant for the south side is one idea.

[xiii] “Adoption of the 2014/15 CHSP Recommendations and the Master Budget of the Human Services Division”, 10 September 2014, City of Tallahassee

About Our JobPlease apply as soon as possible, as this posting may close without notice. The...