Is the Public Sector making a turnaround? 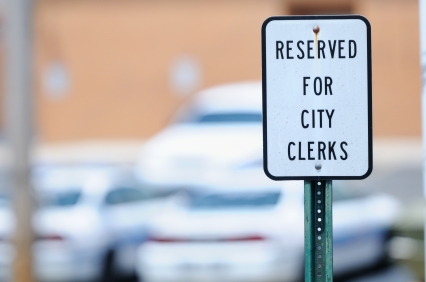 Decreasing revenue streams and budget shortfalls have led to hiring freezes, unpaid furloughs, and in many cases, layoffs of state and local government employees across the country.  And while the private sector is feeling its own brand of pain, the recession has placed public sector employment in a precarious position.

However, the news isn’t all doom and gloom.  In a recent interview with Mark Weinberg, a retired City Manager with 35 years of public service experience in California and Washington, he paints a picture of a glass half full!

CIG:  From your vantage point, have you witnessed a marked decrease in hiring by state and local governments/government agencies over the past year to 18 months?
Weinberg:  Public sector agencies are keenly aware that the full weight of income, property and sales tax declines may not be felt until the end of 2012 or longer.  Most often they are responding by boosting revenues through service fee increases and cutting General Fund-financed public works projects. However controlling personnel expenditures-spiraling upwards due to increasing pension, health care and wage costs-must be an essential component of their recovery.

CIG: … And going forward?
Weinberg:  How the present economic crisis will affect the U.S. Bureau of Labor Statistics’ projected growth in state and local government jobs between 2006 and 2016 is unknown.  The current crisis is expected to prompt widespread reform in government financing and budget management.
Public safety and public health employment will continue to be priority areas for retaining and expanding employment, while the struggle for library, parks and social service program funding will likely intensify.   In this context, public sector employers will need to address a myriad of employment-related issues such as the aging workforce, the retention of younger workers, an increase in the immigrant population, and competition from the private sector.

CIG:  Would you say there are more – or fewer – individuals seeking public sector employment compared to years ago?  What is the mindset or mood among job seekers?
Weinberg:  CareersInGovernment.com instructs candidates to apply for jobs directly to the respective hiring agencies so data on application volume is not generally available to us.  However, the board maintains a job seeker resume bank, which has grown dramatically over the last year.  Additionally, some government agencies are declining to post select entry-level jobs, citing sufficient local interest and a desire to not be over inundated with applications.
Job seekers accustomed to perceiving public sector employment, wages and benefits favorably have had their enthusiasm and optimism tempered by the economic crisis, but not destroyed.
The notion of locking into a government job for life has been shaken, but employment security is still viewed as being less volatile than in the private sector.  Pension, health care and other benefits, though the subject of widespread calls for reform, is still a strong draw.  Finally, government job seekers see today’s political and economic climate as an ideal, and perhaps unique, opportunity to make a difference in American community life.

CIG:  With budget shortfalls exerting pressure on state and local governments – and increasing layoffs and unemployment across most sectors – is the public sector facing greater and/or different employment challenges than the private sector?
Weinberg:  Certainly the challenges are different.   Unlike the private sector, state and local governments have the power and duty to create public policy which can help stimulate economic growth, job creation, and general recovery-though they must surely look to the federal government to help facilitate these goals.  There are, however, broad market forces that are less dependent on government actions, and state and local governments can find themselves reduced to spectators hoping for the best possible outcomes.  When forced to be reactionary, governments are at a distinct disadvantage because of the temporal “gap” between regional and local economic events and their effects on public coffers.
In the private sector, reduced demand for goods and services are countered through less production. Business revenues decline but operating costs can be reduced commensurately until the market rebounds.
Contrast this with state and local government services such as public safety, social services and health care, which typically are in greater demand when the economy is in freefall and revenues plummet.  The challenge of how to sustain or restore services is complicated by political considerations, restrictive civil service practices and labor agreements, government’s poor record of operational efficiency, and its history of being ill-prepared to ramp up or down service delivery and labor force size.

CIG:  What strategies are governments taking to offset personnel budget challenges?  Obviously, furloughs have made headlines in many places across the country; is this becoming pretty commonplace?
Weinberg:  Increased wages and benefits, as well as labor force growth, in recent decades have resulted in personnel costs consuming a lion’s share of today’s state and local government budgets.  Popular efforts to reduce labor costs have included: hiring freezes; wage and benefit package reductions; unpaid furloughs; and layoffs.

CIG:  Have you seen privatization exert any significant effect on public sector employment?
Weinberg:  Privatization of services, as well as public-private partnerships and other service delivery models, have gained in popularity during the last 25 years, with mixed results.  The U.S. Bureau of Labor Statistics predicts that outsourcing of government jobs to the private sector will constrain state and local government employment, but does not speculate on the extent of the impact.  Notwithstanding an increase in privatization, growth in government during the past 20 years has been very robust.  It may, however, account for a portion of the disparity in government’s projected 8% job growth between 2006 and 2016, compared with 11% in the private sector.
The largest factors affecting state and local government employment may still well be population growth and the health of underlying economies that produce government revenues.

Description:Application ProcessThis position is open until filled. For full consideration, please submit an application, along with...