Job Interviewing Tips for the Extravert 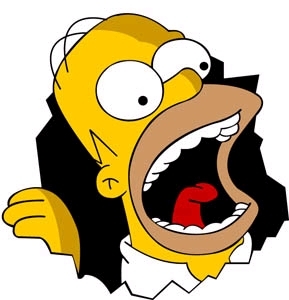 If you’re an extravert then meeting new people and engaging in conversation comes naturally to you. This can be a huge benefit when the time comes for interviewing but there are a few tips you should know in order to use your personality to help your interview rather than hurt it.

Some of the common complaints employers share related to extraverts include: talking too much and dragging the interview out; getting side-tracked or going off-track during the interview; and taking over the interview by making it about them and asking too many questions when not prompted to.

Provide complete and comprehensive answers but don’t over-talk. Providing comprehensive responses to interview questions is usually great for demonstrating your strong communication skills and for supplying enough evidence to show your qualifications for the position. There’s nothing that irritates employers more, however, than when candidates start asking tons of questions during the middle of the interview or go on and on with their responses and start taking over the interview. If you’re the type of person that talks or rambles when you’re nervous, try to be actively aware of it during your interview. Remember that for the most part the interviewer should be the one asking the questions and directing the interview.

Let your personality shine but stay on track. There’s nothing that makes employers happier than knowing in the interview that you’re someone they’d get along with if hired and who would fit in perfectly with the office environment. While you should let some of your personality shine during the interview, you should try to avoid getting too off-topic. Remember this is first and foremost work-related so you shouldn’t go on a tangent talking about being out late last night drinking with your buddies, your dog’s new sweater outfit or where you’re planning on going during the next holiday. An interview isn’t typically scheduled for very long so if you start getting off track you’ll cut into the interviewer’s time which won’t reflect well on you.

Be friendly and honest but not to a fault. Being friendly and outgoing is great during a job interview. It helps employers form a positive impression of you and get to know you more quickly. Being open and honest is also usually a good trait to have but being too honest, to the point of being rude however will lose you the job. Avoid speaking everything that’s on your mind during an interview. There are some things you just don’t need to share during a job interview and you can risk sounding rude or unprofessional if you talk too much or ask intrusive questions. Remember that you’re the one being interviewed and not the other way around.