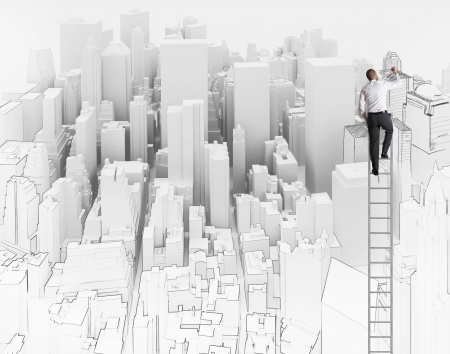 Managing a municipality is no easy task. It involves setting policies, managing public services, listening to the community’s concerns, supervising staff, implementing an annual budget, and identifying new approaches to solving common problems. Given the complexity involved in providing people the services they need day-to-day, many communities choose to hire a professional city manager.

What Is a City Manager?
This role goes by various titles — from town manager to local government manager, county administrator, town manager, and chief administrative officer. Regardless of what a municipality elects to call this role, these senior-appointed officials all share the same responsibility — to help ensure that public services are delivered effectively and efficiently.

In addition to overseeing the daily operations of the local government, city managers work with elected officials and citizens to help plan a community’s future. Working together, they define goals and establish strategies that address specific problems and help the community to grow in a way that is smart, meaningful, and relevant.

What Role Does a City Manager Play in Local Government?
The city manager is hired by the city to carry out the work of the local government. This commonly takes shape in one of two ways.

According to the International City/County Management Association (ICMA), more than half of U.S. cities with a population of more than 10,000 — a rising number of communities — are run by a combination of elected officials and appointed professional administrators (council-manager government). This is the most common form of government that provides for professional management. Under this form, the elected council is responsible for making policy and legislative decisions and providing legislative direction. The professional manager is typically hired by the council to administer these policies.

Professional administrators may also be present in areas where the mayor is elected by the community at large (mayor-council governments). However, since mayors in these situations often assume a more administrative role than in council-manager governments, the city manager may have fewer responsibilities.

What Is a Typical Day for a City Manager?
No two days for a city manager are ever alike. Similar to a chief executive officers or president of a company, the city manager is responsible for the overall performance of their organization or community. They manage a diverse team of department heads, supervisors, technicians, and support staff to implement programs and deliver public services. From preparing the annual budget and attending regular council and committee meetings to hiring employees and investigating citizen complaints, every day is different.

David R. Mora, the city manager of Salinas, California, said, “The city manager’s job is not an easy one. The demands are significant, but the personal job satisfaction is great. City managers play a crucial role in the life of their communities.”

How Much Do City Managers Earn?
How much a city manager earns can vary widely based on the size and location of the community. According to an annual survey conducted by the ICMA in 2012, the median salary for city managers serving local governments with populations that range from less than 2,500 to those with populations exceeding 1 million was $103,000. The highest salary reported was $368,282 and the lowest salary was $26,000.

What Education Can Prepare Me for a Role as a City Manager?
Whether it’s exploring new ways to address crime and homelessness or identifying innovative opportunities for business development, city managers must possess the knowledge needed to address a wide variety of community issues, the critical thinking necessary to make informed recommendations, and the leadership skills required to inspire action and implement change.

At the current time there is no set path for a career in local government. There are no tests to pass, licenses to get, or certifications to earn. Most aspiring city managers typically obtain an undergraduate degree in political science, public administration, or business. However, few candidates are hired immediately upon graduating from college.

An increasing number of local governments require a master’s degree, such as the MPA offered through the University of North Carolina School of Government’s MPA@UNC program. A master’s degree in public administration includes essential courses such as public financial management and legal issues in administration that can help candidates increase their competitiveness and better prepare for the challenges and demands they will face in the role of city manager.

Learn more about how MPA@UNC can help you prepare to lead government organizations that support the public interest. If you have any advice for those hoping to pursue a career in city management, leave a comment.

EXAMPLES OF ESSENTIAL FUNCTIONS: Responsible for deploying all program activities for the District’s transition, operations, and...