The employee in this position will be responsible for performing semi-skilled manual work in various Streets departments. Duties are routine requiring some independent judgment in making minor decisions. Employee will be responsible for assisting the sealing crack crew with various tasks, shoveling asphalt, flagging, cutting weeds and driving six (6) wheel dump trucks primarily for the asphalt crew when needed. Employee may have contact with other than immediate associates and the public. Duties are very heavy in nature requiring considerable physical activity, and are performed under hazardous or adverse weather conditions.

BEHAVIORAL STANDARDS
Respectful, courteous, and friendly to customers, other City employees, and City leadership. A team player that helps the organization meet its objectives. Takes initiative to meet work objectives. Effectively communicates with customers and other City employees. Gets along with co-workers and managers. Positively represents the City, maintaining the trust City residents have placed in each of us. Demonstrates honest and ethical behaviors.

Requirements (with or without reasonable accommodation):

About City of Spokane

The City of Spokane has about 2,000 employees and operates a Mayor-Council, or “strong mayor,” form of government. The Mayor is the head of the executive branch, similar to the governor's role at the state level and the President's role at the federal level. The City Administrator, meanwhile, serves in the capacity of the City's chief operating officer. The other key elected members in our government are the seven members of the City Council, who make up the legislative branch of the City's government.

The Spokane community is nestled in the stunning inland Pacific Northwest and known for its natural beauty, entertainment, award winning K-12 schools and world class colleges and universities. Spokane’s vibrant downtown features a rich food scene and a plethora of breweries and wineries. Spokane has all the perks of a big city, without the big city inconveniences.

With four distinct seasons, the outdoor actives are limitless. There are 76 lakes within 50 miles of Spokane and 5 ski resorts within 2 hours. We have 86 parks and 7 public golf courses, as well as 12 conservation areas within 10 miles of downtown. With an average commute time of 19 minutes, Spokane locals spend less time commuting and more time living. Our community has 29 unique neighborhoods and is truly one of the most beautiful cities in the country. Spokane is a great place to live and play. Learn more about our city, here! 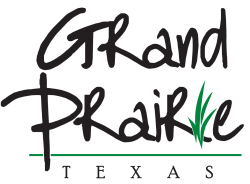