All cadets attending the Broward College Institute of Public Safety must successfully attain a minimum score of 75% on at least one Physical Profile test.  Failure to attain the 75% score on one of the Physical Profile tests will result in the cadet's removal from the Academy and potential separation of employment from BSO.

Upon successful completion of the Law Enforcement Academy and State Officer Certification Exam, candidates will be eligible for the position of Certified Law Enforcement Deputy Sheriff earning an annual salary of $53,444.

The Broward Sheriff's Office is now offering condensed testing for out of area candidates. Human Resources will schedule and coordinate the selection process within a short time frame to minimize travel. Applicants are responsible for all travel expenses.

DO NOT SUBMIT THE ON-LINE APPLICATION UNTIL YOU HAVE COMPLETED THE LAW ENFORCEMENT CRIMINAL JUSTICE BASIC ABILITIES TEST (CJBAT), SWIMMING & BASIC MOTOR SKILLS TESTS AND HAVE ATTAINED ALL THE REQUIRED DOCUMENTS LISTED BELOW. INCOMPLETE APPLICATIONS WILL NOT BE PROCESSED.

Applicants who qualify will be subject to an extensive selection process and screening program, which may include, but not be limited to evaluation of training and experience; written test; computer based test; interview; polygraph examination; psychological evaluation; employment record, fingerprint and background check; medical examination; and drug screen. The expected duration of the selection process varies by position and could last 10 to 12 weeks. Reapplication will be determined on a case-by-case basis. 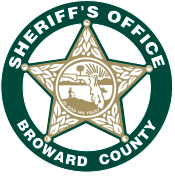 With approximately 5,400 employees, including more than 2,800 certified deputies and more than 700 fire rescue professionals, the Broward Sheriff's Office (BSO) is a full-service, public safety agency.

BSO provides full-time law enforcement services in 14 Broward County cities and towns and in all of its unincorporated areas, serving more than one-third of the county. In addition, BSO protects the Broward County Courthouse, the Ft. Lauderdale-Hollywood International Airport, areas of the Everglades and the county's waterways, including Port Everglades.

The Department of Law Enforcement, in addition to road patrol and other customary operations, administers special units including the Bomb Squad, the K-9 (canine) Unit, School Resource Deputy Unit and the Child Protective Investigations Section (CPIS), which investigates allegations of abuse and neglect against Broward County's children.

BSO's Department of Detention and Community Programs administers the county's four jails and its offender programs including Drug Court and County Probation. The agency also manages 9-1-1 intake for the county and dispatch services for BSO and several local law enforcement agencies. 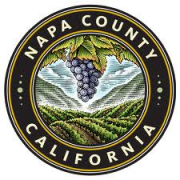