DISTINGUISHING CHARACTERISTICS: This class represents the full working level legal class in the County.  Incumbents are expected to exercise judgment in carrying out assignments.  Direction is received from the District Attorney who reviews work by means of case conferences or written direction and an analysis of results achieved, measured against goals and objectives.

Licensed and in good standing with the State Bar of Nevada or eligible for limited practice pursuant to Nevada Supreme Court Rule 49.4.  Valid Driver’s License with an acceptable driving record. 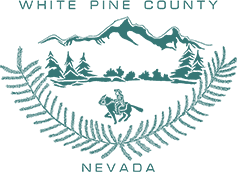 White Pine County is a largely rural, mountain county along the central eastern boundary of the U.S. state of Nevada. As of the 2010 census, the population was 10,030. Its county seat is Ely. The name "White Pine" is an old name for the Limber Pine, a common tree in the county's mountains.

The county boasts dark skies, clean air and millions of acres of unspoiled public land. It is the home of Great Basin National Park, one of America's most remote and least visited national parks. It is also home to no less than 14 federally designated wilderness areas, offering an abundance of terrain available to explore for hikers, backpackers, skiers, hunters and anglers.

The Ely Shoshone Indian Reservation is located in the county, on the south side of the City of Ely. The reservation has a land area of 104.99 acres (0.4249 km²) and a 2000 census official resident population of 133 persons.