The qualified candidate will have a strong desire to provide intensive crisis intervention services to the community, be well versed in suicide and safety assessments, and be willing to strongly advocate for the best interests of the clients we serve and a strong passion for Public Service.

Johnson County Mental Health provides hope and promotes recovery through a strengths approach. We believe everyone can learn change and grow as human beings. It is important for the qualified candidate to possess a strong ability to reflect these values and comprehensively understand each characteristic within the nature of mental health crisis work. We are always looking for great candidates - this position will remain open until filled.

The current vacant shifts are as follows:

*Schedule can vary based on coverage needs - overnights, evenings and weekends may be required, holiday coverage required. There will also be opportunities to fill vacant shifts.

Master's degree in Social Work, Counseling, Psychology, Addition Counseling, or other Human Services field and Kansas Behavioral Sciences licensure at the master's level in the area of focus are required. Requires a valid driver's license and acceptable driving record.

Kansas Behavioral Sciences license at the clinical level and one year of experience in the area of focus is preferred.

Physical, Environmental, and Special Working Conditions:
All County employees may be called upon to assist other departments/agencies in a declared emergency. 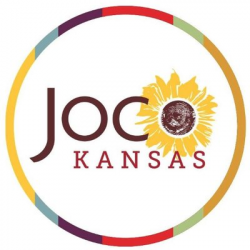 Founding: Johnson County was founded on Aug. 25, 1855, as one of the first 33 counties recognized by the Legislative Act of 1855 in the Territory of Kansas. Statehood was granted six years later as Kansas became the 34th state on Jan. 29, 1861. The state now has 105 counties.

Namesake: Named after the Rev. Thomas Johnson, a Methodist minister who established  the Shawnee Indian Mission in 1829. The mission, a National and Kansas Historic Site, is located in the city of  Fairway.

Urban land: Approximately 59 percent of Johnson County has been incorporated into city limits.

Population: Johnson County is the most populous county in the state of Kansas, with over 600,000 residents.