THE COMMUNITY
The City of El Segundo is ideally located on the Santa Monica Bay encompassing over five square miles, spanning from Los Angeles International Airport on the north, the City of Manhattan Beach on the south, the Pacific Ocean on the west and the unincorporated area of Del Aire and City of Hawthorne east of Aviation Boulevard.
A small group of representatives from Standard Oil Company in the early 20th century was the impetus behind the founding of the City. El Segundo is Spanish for "the second" which was the name given to the community when then Standard Oil built its second California oil refinery here in 1911. Since its incorporation on January 18, 1917, the City has evolved from a working-class refinery town on the edge of Los Angeles to one of California's most dynamic and diversified economic engines. Today El Segundo is renowned for its quaint small-town atmosphere surrounded by a thriving business environment that caters to some of the nation's most prestigious corporations.
The City's population is just under 17,000, which has enabled the community to preserve its small-town intimacy and charm. As a regional center for commerce, El Segundo's daytime working population exceeds 75,000 with additional visitors staying at the City's 15 hotels. A high concentration of Fortune 500 companies such as AT&T, Gilead (Kite Pharma), Mattel, Northrop Grumman, Boeing, and Raytheon as well as entertainment, media, medical, professional sports franchises, financial, and aerospace organizations such as the Los Angeles Lakers, Los Angeles Kings, Los Angeles Times, and Los Angeles Air Force Base call El Segundo home.
Experiencing tremendous economic growth and evolution over the past several years, the City has recently welcomed many new types of diverse business including Top Golf, Space Force, L'Oréal Cosmetics, Belkin International, NantStudios, and Beyond Meat. Throughout the region, El Segundo is known for its pro-business attitude and was recognized by the Los Angeles Economic Development Corporation as the "Most Business-Friendly City in Los Angeles County."

THE ORGANIZATION
El Segundo is a General Law city that operates under the Council-Manager Form of Government. The City is governed by a five-member City Council elected at large, on a non-partisan basis, to four-year overlapping terms. The position of Mayor is selected by Council Members and serves a two- year term. The City Manager is appointed by the City Council to serve as the organization's CEO. The City delivers a comprehensive range of municipal services through nine major departments (including police and fire) with approximately 362 full-time equivalent employees and a total budget of over $130 million.

THE POSITION
Under general direction, this position plans, coordinates and manages the activities of a designated bureau of the City's Police Department. The Police Captain provides responsible support to the Chief of Police to accomplish department goals and objectives as well as formulating and overseeing the execution of operational objectives as outlined in the City Strategic Plan. This position also serves as a liaison to the community, professional groups, other law enforcement agencies, and other external contacts and resources for the City.
For the full job description, please visit our City website .
THE IDEAL CANDIDATE
The ideal candidate will have a depth of technical knowledge in law enforcement and police administration, court procedures, project management, and municipal budgeting process. He/she will possess a high degree of emotional intelligence, political astuteness and is dedicated to the principals of community-oriented policing. The ideal candidate will be an excellent communicator, very skilled at working under pressure and handling significant problems and tasks that arise simultaneously and/or unexpectedly. The successful candidate will demonstrate excellent writing and research skills and will display an innovative approach to problem solving.

QUALIFICATION GUIDELINES
Education: Equivalent to a Bachelor's degree in Police Science, Public Administration, or a closely related field.
Experience: Seven (7) years of progressively responsible professional law enforcement experience, including four (4) years of supervisory experience, and one (1) year of experience as a Lieutenant; or an equivalent combination of education and experience.
Licensing/Certification Requirements:
California Class C driver's license and a satisfactory driving record.

Application and Testing
This recruitment process is open on a continuous basis and may close at any time. Interested individuals are encouraged to apply immediately. Only online applications will be accepted for this recruitment. The first review of applications will be completed on Friday, July 16, 2021 . Applications received after July 16, 2021 , may not be considered. Applicants appearing best qualified based upon a review of the application, background and experience, and responses to supplemental questions will be invited to participate in the testing process.
This recruitment requires that a cover letter addressing your progressively responsible professional law enforcement experience and resume be uploaded with the online application to be considered complete.
Test dates are tentative , and subject to change without prior notice, until qualifying candidates receive written confirmation from the Human Resources Department.
COMPONENT
WEIGHT %
TENATIVE TEST DATE
Candidate Orientation
0%
Thursday, July 29, 2021
Written Examination (Essay) and Assessment Center
100%
Monday, August 16, 2021 Tuesday, August 17, 2021

COMPENSATION AND BENEFITS
The salary for this position is $14,589 to $17,733 per month with placement in the range dependent on qualifications. The Police Captain is a full-time position in the City's Police Management Association with the following benefits package:
PERS Retirement : Tier I - 3%@50 for individuals employed as of October 5, 2012. Tier II- 3%@55 for individuals employed by the City on or after October 6, 2012 who are already PERS members. Tiers I and II single highest year. 2.7%@57 for new employees/members hired on or after January 1, 2013 with three-year average final compensation and payment of 50% of normal cost.
Social Security & Medicare: The City of El Segundo participates in Social Security. The City matches the employee contribution which is 6.2% of salary. Federal mandate requires all employees hired or rehired on or after April 1, 1986, to participate in Medicare. The City matches the employee's contribution which is 1.45% of salary.
Health Benefits : CalPERS medical, Delta Dental and VSP plans are offered. A monthly contribution of $1,650 is provided
Leave Benefits: Vacation leave is earned at a rate of 96 hours per year. Sick Leave is earned at eight (8) hours per month.
Executive Leave: 56 hours per calendar year.
Holidays : Twelve (12) fixed holidays and one 8 hours floating holiday.
Exceptional Leave : City Manager may award up to 4 days in recognition of extraordinary service.
Cell Phone Stipend: $80 per month or City phone provided.
Life Insurance : City paid policy of $50,000
Flexible Spending and Dependent Care Accounts: Optional participation.
457 Deferred Compensation Plan: Optional participation in ICMA-RC plan. 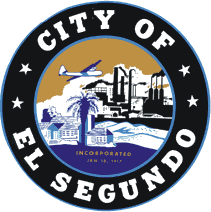 About City of El Segundo

This beautiful coastal community, located adjacent to Los Angeles International Airport, has a resident population of approximately 16,000 and a day time population in excess of 80,000. The community is a conservative, family oriented town during evenings and on weekends, but it is also a bustling center of commercial and industrial activity during business hours. Current issues include maintaining the community's quality of life (traffic, density, public safety), business retention and attraction, and assuring the long term economic stability of the community. El Segundo is a full service city with a total of approximately 280 employees and an annual budget of $51 million.