Incumbents possess a degree of knowledge and proficiency sufficient to perform work independently with little or no additional training. 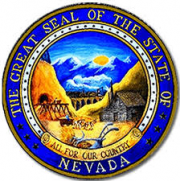 About STATE OF NEVADA

The presence of Nevada's earliest inhabitants, beginning about 12,400 years ago, is marked by many petroglyphs and archaeological sites. Baskets, decoys, and ingenious traps are evidence of the resourcefulness of these early people in a harsh and arid environment.

European explorers traveled through Nevada in the early 19th century, but it was not until 1851 that the first settlements were established. An Act of Congress created the Territory of Nevada on March 2, 1861. James W. Nye of New York was appointed Nevada's first Territorial Governor by President Abraham Lincoln later that year. On October 31, 1864, President Lincoln proclaimed Nevada's admission to the Union as the 36th state. The State's first elected Governor, Henry Blasdel, took office on December 5, 1864.

Today, Nevada is the nation's seventh largest state in land area. Several hundred mountain ranges cross its landscape, many with elevations over 10,000 feet. In contrast, the State's lowest point (along the Colorado River) is only 470 feet above sea level. From majestic mountains to desert valleys, nature has endowed Nevada with diverse and unique ecosystems.

The Nevada Legislature has honored the State's natural resources and cultural heritage with a variety of State designations described below.