Candidates with or near completion of a project management or construction management certificate or degree are preferred.

DEFINITION:  The Program Assistant assists in the general operation of a program area within the department or division to which assigned.

SUPERVISION RECEIVED AND EXERCISED:  Receives immediate direction from a Department Head or their designee.  May exercise functional supervision over other extra help employees or volunteers.

CLASS CHARACTERISTICS:  This is an extra help position assigned to a department ot division within the City.

EXAMPLES OF ESSENTIAL FUNCTIONS:  (Illustrative Only):  Management reserves the right to add, modify, change or rescind the work assignments of different positions and to make reasonable accommodations so that qualified employees can perform the essential functions of the job.

Education:  High school diploma or equivalent.  An Associate's or Bachelor's Degree in related field is desirable but not required.

LICENSES AND CERTIFICATES:  Possession of a valid California driver license, depending upon assignment. Certain assignments may require specialized licenses and certifications. 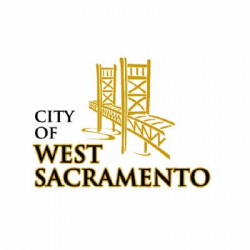 About City of West Sacramento

California's Golden Dream is thriving in one of its newest cities. Incorporated in 1987, West Sacramento is a city designed and ready for business in the 80's. Yet its history dates back more than 100 years.

Like its cross-river neighbor, West Sacramento was first settled during the Gold Rush era. The early settlers soon learned that the real gold in the area was the incredibly rich delta soil deposited over the centuries by the Sacramento and the American Rivers. By the turn of the century the central valley of California was recognized as one of the premiere agricultural areas of the world. As Sacramento grew into a major city, West Sacramento, which was separated by the Sacramento River and a county line, retained its small town character and industrial base.

Today, West Sacramento is at the crossroads of California. Featuring its own deepwater port, two interstate highways, major North/South and East/West rail lines and a commercial airport nearby, West Sacramento is well connected to the Pacific Rim and the rest of the nation. And just a literal stone's throw away is downtown Sacramento, the seat of the government for the 6th largest economy in the world. Being a part of the Greater Sacramento community, we're on everyone's list as one of the fastest growing and most livable areas in the country.

Yet West Sacramento offers something that can no longer be found in many of California's cities - affordable land and housing. The average home cost is less than half of what a comparable home costs in metropolitan areas as little as 80 miles away. There is a small town atmosphere in West Sacramento, with traditional values and a healthy respect for business and industry.

Come to West Sacramento. Meet the people. See the land. You'll agree the climate is right for you!