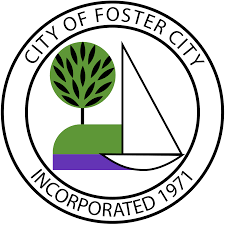 Based on the idea of a planned community on the San Francisco Peninsula, Foster City was incorporated in 1971. The Estero Municipal Improvement District (EMID) was created in 1960 and granted most of the governing powers associated with an incorporated municipality. EMID provides water and sewer service to Foster City and water service to Mariner’s Island and is a separate legal entity with the City Council serving as its Board of Directors. During the initial stages of Foster City’s development, new growth was mainly residential or residential serving in nature. Since 1980, several major commercial and research and development uses have been completed, adding a substantial daytime work force population to the City and providing employment opportunities to Foster City residents. The largest employers today include VISA and Gilead Sciences.

Foster City prides itself on its well-planned neighborhoods, which includes a wealth of recreational amenities, activities, shopping centers, and public spaces, alongside an engaged local government that recognizes the importance of public safety, fiscal responsibility, and sustainability to provide a high quality of life for the community.