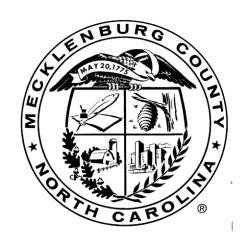 Mecklenburg County is the most populous county between Atlanta, Georgia and Washington, D.C. In fact, between 2005 and 2015, the metropolitan region’s population growth rate averaged 2.6 percent. Over the last decade, Mecklenburg County has attracted a large and growing number of people from around the country and the world. As a major hub for American Airlines – one of the country’s largest airlines – it is easy to get to Mecklenburg County. This access has helped attract several Fortune 500 and 1000 companies that bring millions of investment dollars into the local economy. With a world-renowned park and recreation system, a range of professional and minor league sports teams, and diverse communities, people who come to Mecklenburg County find an energized downtown and a variety of living options.

The North Carolina Constitution gives residents of all counties the right to elect a Board of County Commissioners (BOCC). Since 1994, Mecklenburg County has been governed by a nine-member BOCC with six members elected by districts and three elected at– large. The BOCC appoints a County Manager who is the CEO of the organization. For more information about Mecklenburg County, please visit the County website at MecklenburgCountyNC.gov.