Beyond Gridlock in Local Government 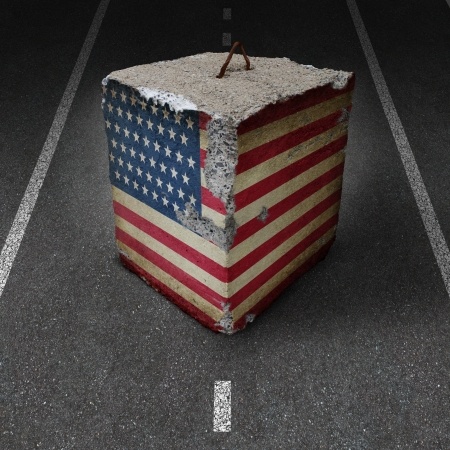 The facts on the ground

Government will continue to be in the vortex of a perfect storm. It must

Do far more, with far less

Forge ahead in unchartered waters yet maintain stability and constant service

Continue to comply with existing regulations and innovate

Unfortunately as epitomized by the struggles to establish a budget at the federal level, it is clear that rather than working toward resolution and embracing change, we often find intransigence. We see dogmatism where pragmatism is desperately needed. Often the displayed passion is with good intention. The belief is that those with opposing perspectives are simply wrong and to implement their solutions would lead to doom. Others hold on to a limited set of beliefs seeking to maintain favor with their voter base.

We see the same dynamics taking place in the most critical spheres of our existence such as healthcare, the environment. Rather than action we see gridlock. This Congress has passed fewer bills than those in decades…and many of those that were passed were simply window dressing. The issue has become existential. How do we reshape government action toward becoming proactive rather than inactive? How can we lure the best and brightest to government service with such a caustic work environment? My son who had been legislative director for a Congressman for many years decided recently to leave the hill. The budget crisis created a series of circumstances that made it impossible for him to make a meaningful difference in his job. It was the last straw.

How to move beyond gridlock?

What steps does government need to take to better proactively respond to these challenging circumstances? Here are a few thoughts.

In many instances I see people who are close to retirement holding on to existing approaches when there is a need for dramatic change. Time is of the essence. The world is moving fast. Why are we being held hostage to someone’s retirement planning?

I have watched city and county councils focus on the minutia and totally avoid the important. Instead there needs to be a better understanding of the long and short term risks and manage government around the issues that truly matter.

I have watched government leaders hide behind bureaucracy and compliance rather than step out and embrace the bold. I have watched department silos harden.

When leaders behave in this way it disenfranchises the next generation and sows the seeds for future mediocrity.

Government needs to attract, retain, train people to work in complex environments. Most of the government leadership training programs simply are not preparing people to address the critical challenges of thinking and building more resilient forms of community.

We need accountability in leadership training. If the preparation does not improve the capacity of people to more effectively address the complex issues than it should be changed. If government organizations are not developing the talent to fill the great percentage of positions that will be vacated through retirement over the next few years, it endangers us all.

We need to create less political and more actionable forums in which to undertake the leadership work. Within the more formal leadership structures, differences become polarized. Instead we need more dialogue and new approaches to the issues. For example, I brought together various departments at the University of Minnesota to explore the issue of antibiotics and agriculture. The Departments of Health and Agriculture joined the sponsorship. They then brought in other governmental groups, business, advocacy associations, and together they framed a path forward despite the often heated opposing points of view.

Most of the issues that must be addressed have no answers. They are not problems that can be solved. Rather they are paradoxes that require management. This requires a different skill that can be taught and practically utilized to address our most important issues.

This is all doable.

Ralph Jacobson is the founder of The Leader’s Toolbox. He work was recognized by NACo which gave his client the Innovation in Leadership Training Award for the Year. Leadership Excellence Magazine has ranked him in the top ten independent leadership developers/consultants in the country. He has written two books, Leading for a Change: How to Master the Five Challenges Faced by Every Leader, and just published, Getting Unstuck: Using Leadership Paradox to Execute with Confidence. He can be reached at ralph@theleaderstoolbox.com.

Director of Maintenance and Operations (25211)