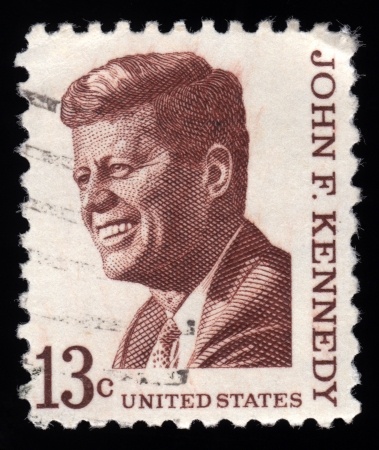 With those words and the creation of programs such as AmeriCorps and the Peace Corp, President Kennedy challenged a generation to enter public service. That generation answered the call and made the government workforce one that inspired pride.

The baby boomers answered the call not just because of a strong public service motivation but the reality that government jobs were competitive and well respected. JFK wrote “government service must be attractive enough to lure our most talented people. It must be challenging enough to call forth our greatest efforts.” This generation knew that government service meant the opportunity to make meaningful change and earn public respect while receiving fair compensation and a respectable pension.

They worked hard and met the challenges raised by JFK. They gave the nation cleaner water, made impressive strides in eliminating workplace discrimination, and developed countless scientific and technological innovations that have changed the world for the better.

They responded so well to JFK’s call that currently 60 percent of the federal work force is over the age of 45 according to Governing magazine. The average federal employee is 47 years old compared to 42 for the overall workforce. Although this generation has greatly transformed our society, baby boomers are rapidly approaching retirement, and in large numbers for that matter. Scholars have coined these impending retirements in the public sector as the “silver tsunami.”

Unfortunately, that passion for government service no longer remains as strong. Public servants are no longer perceived as problem solvers but rather the problem. The media and popular culture frequently discredit the efforts of public servants and discuss inflated bureaucracies.  Politicians successfully score electoral points by attacking the very employees who they oversee. JFK’s inspiration has been replaced by quotes like Presidents Ronald Reagan’s, “The nine most terrifying words in the English language are: ‘I’m from the government and I’m here to help.'” Additionally the fair pay and pensions that were once promised are no longer guaranteed. Many public employees have not seen raises, bonuses, or cost of living adjustments in years. Mandatory furloughs are now the norm instead of the exception. This has driven many agencies to lose scores of employees to retirements and the private sector. The IRS alone has lost 10,000 employees in the last two years.

The result is that while public service motivation may still be high with the millennial generation, this PSM might not be translating into government service. More and more, young graduates are looking to the private and nonprofit sectors to do good work, leaving the government struggling to recruit qualified employees. Consider for example that less than 30 percent of graduates of the top-ranked Maxwell School of Public Affairs enter government service. More worrisome is that only 2.3 percent of current college students express any interest in working for the federal government. Primary reasons for this trend are the lack of opportunities for personal growth and uncertain job security in the federal workforce. They also see a constant move to cut the federal budget, thus limit the ability of federal employees to change the world.  You can only do “more with less” to a certain limit before government services begin to suffer.

Reversing this trend will require a major reinvention of what government service means. Elected officials need to understand the amazing work of public servants and the important role they play in our nation. They need to reckon back the days of President Kennedy and challenge the millennial generation to change the nation and the world through attractive yet challenging government work. Federal employees must start to be seen as essential and not as political ploys. Failure to do so will mean not being able to replace perhaps the greatest generation of federal employees in our nation’s history.

But we can’t just count on our elected officials to make these changes. We must personally commit to improving the state of government service. At the end of my Master of Public Administration program, I plan to enter the government workforce in order to make a meaningful impact in my community and improve our government.

I hope you join me

ABOUT USYork County Animal Shelter is looking for a new member to join our team! Our...