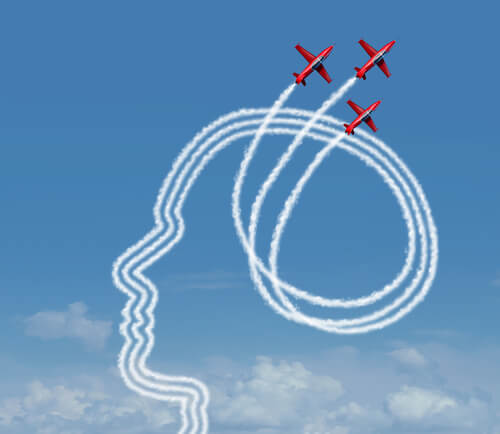 After working for the U.S. government for four years right out of college, I landed a new job with the Department of Defense (DOD). I was a GS-12 and on my way to making a good living for my family. But, I did not really have any vision of how the position was any more than just a job with DOD.

I did want to have a career advancement plan of some kind, not just a paycheck and a smile from the boss, and I might even get to a high position like a GS-15, as my boss was. But he was really old, having retired from the military; he must have been in his 50s. I asked my boss how he got to this lofty position. He said the DOD hired him as a GS-15 after he retired as a Colonel in the Army—so much for a GS-12 to GS-15 career path.

One day our science advisor was available and I had a chat with him about how to get ahead in the DOD. His advice was simple: Learn to write and publish often at Army conferences and in magazines. Second, learn to speak in front of 500 people with ease and confidence. That coaching or mentoring session lasted all of about two minutes and I was dismissed to go back to work on my computer war game simulation project. I pondered what he had said and continued pondering it for a year.

A year later, I took out a memo on some computer modeling research and made a proposal to the Army Operations Research Society for an upcoming conference. The paper was accepted and I presented at the conference. I was scared out of my skin to be on stage. Who was I to address more than 100 officers and civilians? They listened and asked a few questions. I sweated through my shirt. I was applauded. My paper was then accepted for publication.

I repeated the process yearly. It became easier. I changed fields from computer specialist to operations research analyst. I retired a GS-15 (promoted, coincidentally, by the same person who mentored me for two minutes 25 years earlier) due mainly to writing and speaking, growing my contributions from being an introverted computer geek to an often too talkative research analyst.

The lesson worked for me: Develop and demonstrate your expertise by writing and presenting. The process may take you out of your comfort zone, but it is certain to help you develop into a valuable asset within your organization.

Dr. Oliver Hedgepeth is the program director for Government Contracts and Acquisition at American Public University (APU). He is the former program director of Reverse Logistics Management and Transportation and Logistics Management. Prior to joining APU, Dr. Hedgepeth was a tenured associate professor of Logistics and chair of the Logistics Department at the University of Alaska Anchorage. His book, RFID Metrics, was published in 2007 by CRC Press and is in revision.

Description:Position Summary Open to Current SDSU Employees Only The Division of Student Affairs and Campus Diversity...

RESPONSIBILITIES AND DUTIES Important responsibilities and duties may include, but are not limited to, the following:...