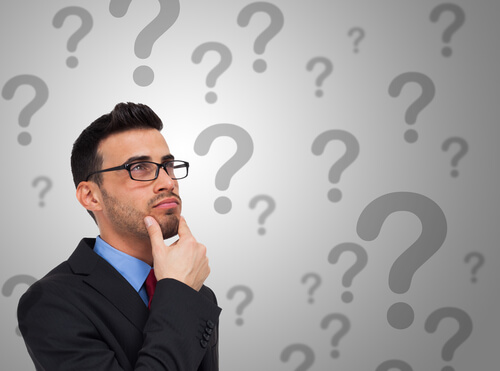 Here’s the thing about advice – whether you’re talking about business ventures or personal relationships – it’s completely malleable to the situation you’re in. So while I’m writing about the following 5 pieces of advice as “bad,” that doesn’t mean that there aren’t plenty of situations in which they might be completely viable… for the most part.

Don’t make waves. When you first hear this, it might sound like a nice little pearl of wisdom. After all, no one wants to be the guy remembered for angering the higher-ups by trying to change something they like or going out on a limb and screwing something up.

The other side of the argument, of course, is every innovation that has ever happened in human existence. If we didn’t have people willing to make waves and shake things up, we wouldn’t have electricity, automobiles, cable television, home computers,

Apple, Google, Facebook – you get the idea. While you might not be trying to create the next life-changing invention, you may have an idea that can really make a difference for your company and your career, and you’ll likely have to make waves to make it happen.

Skate to where the puck is going to be. What a great quote by Wayne Gretsky that can easily be transferred to business: Don’t try to repeat something that has already been successful – find what’s going to be successful next. People who take this advice to heart and are able to find the next big thing tend to be wildly successful.

Here’s the problem: we’re not all Wayne Gretsky. Trying to guess what’s going to be popular in a year at the expense of making money off of what’s working now is a dangerous game that has gotten many people – and companies – into financial trouble.

You have to appeal to everyone. This is a bad piece of advice that most businesses have to learn from again and again, because the lure of having everyone want your product is so strong.

Unfortunately, as the old adage goes, when we try to please everyone, we end up pleasing no one. This is because we water down what we do and who we are, ending up with something that’s just “okay” all-around instead of great in a few amazing ways. The best way to succeed is to find a unique product or business model with a fantastic singular vision and stick to it.

Stay the course. One of the worst mistakes you can make is to remain so in love with an idea that you continue to stick with it when it clearly isn’t working. An authority no less than Mark Zuckerberg has been quoted as saying that the best way to succeed is to try a lot of things and try them quickly. It’s another way of saying “don’t put all your eggs in one basket.”

Sweep it under the rug. How many big companies have we seen go under or at least severely hurt themselves by engaging in some kind of bad business practice that they tried to cover up. It may seem like the expedient and safer way to go when it happens, but lies and trickery are almost always eventually uncovered. And the damage from that reveal is even worse than the initial problem.

Description The Fremont Police Department is hiring for the position of Police Records Specialist . The...

Position Description RECRUITMENT IS OPEN UNTIL FILLED OR UNTIL A SUFFICIENT NUMBER OF APPLICATIONS HAVE BEEN...