The Public Sector “Likes” Facebook – and other Social Media 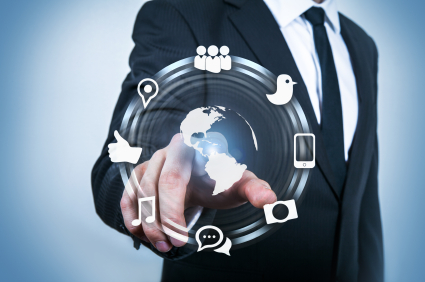 The digital revolution continues to evolve, and the public sector is coming along for the ride – and, in some cases, paving the way.  Over the past several years, social media has taken on a power that even Mark Zuckerberg may not have been able to imagine.
From cities to airports, public utilities, school districts, and transit authorities, many public sector organizations have realized that social media provides a highly effective and efficient means to inform, educate, connect, and engage.

Who’s Online and What Are They Doing There?
Now before you wrinkle your nose and say, “that’s not for us,” consider this:  As of February 2012, 66 percent of online adults use social networking sites, according to the Pew Internet and American Life Project.  Not surprisingly, the 18-29 year old crowd uses social media at a higher rate (86 percent) than other age groups, which are, slowly – but definitely surely – catching up.  More than one third of Internet users in the 65+ category use social networking sites, with other age groups somewhere in the middle (72 percent in the 30-49 year old age group, and 50 percent in the 50-64 year old age group).

Kevin Fairley, Information Services Administrator, says that the City of Virginia Beach aims to be as open and up-front with its residents as possible.  “Social media opens up another layer of communication, allowing us to truly engage the residents of Virginia Beach.”

Is There a Downside to Social Media?
Certainly, public discourse can get heated, especially when it comes to certain topics that can spark “colorful” discussions.  Virginia Beach adheres to a set of policies aimed to keep comments courteous and respectful.  In a sense, governments need to be somewhat thick-skinned, Fairley says.  In order to become fully cognizant of residents’ likes, dislikes, and wants, you have to allow public discourse, even when that may mean negative feedback.

What’s All the Twitter and Flickring About?
Forgive the man in the car commercial on TV who calls it “My Face” … Facebook is the most commonly used social networking sites – 66 percent of adults use Facebook, compared to 20 percent for LinkedIn and 16 percent for Twitter.  But Twitter is gaining ground – and fast.

In May 2012, the Pew Internet and American Life Project reported that “the proportion of online adults who use Twitter on a typical day has doubled since May 2011 and has quadrupled since late 2010.”
Twitter, still a mystery for many, is a quick and easy way for organizations to communicate with those who sign up to “follow” them.

The Los Angeles Department of Water and Power, the nation’s largest public utility, hosts a Twitter page with over 5,580 followers.  It uses its Twitter account to post quick updates on everything from proposed electric rate increases to updates on water main breaks.

It can also be a way to engage.  Milwaukee’s Mitchell International Airport, with 3,438 followers, takes on a conversational tone, thanking people who mention the Airport in their tweets, and even responding to questions like, “Does Milwaukee Airport have a Starbucks?”  Of course, it also uses its Twitter and Facebook pages for informational and promotional messages as well.
YouTube and Flickr allow the sharing of videos and photos, respectively.  From public service messages to photos of local ceremonies or events, these media provide great ways to share local news and activities.
Social Media Engages
By its very nature, social media is engaging.  And with its increasing popularity in all age categories, its prevalence is also growing.   The public sector has, at its disposal, a powerful, far-reaching, (free!), way to promote, educate, inform, communicate, and engage …. What’s not to “like?”

Job Description and DutiesThe Permanent/Full Time Nurse Instructor will be directed by the Staff Services Manager...