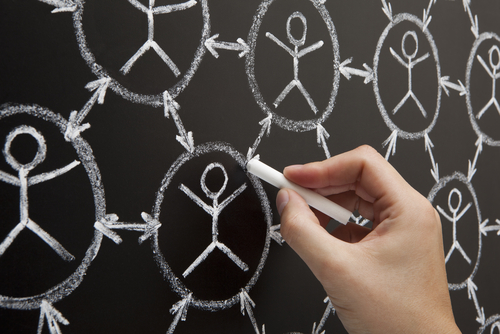 How many of us are fully engaged in our community? Do we simply see something wrong with our neighborhood and complain about it to our family or do we try to figure out how to get it fixed? When we hear of a law being proposed that don’t agree with (or do!) do we contact our local representative to express our opinion? How many of us attend council/board meetings? If you aren’t engaged -why not? Is it because you don’t think your voice matters?

At each Lithonia council meeting I’ve attended there is a citizen who sits in the front. He is obviously disabled-he has trouble walking and it’s extremely difficult to understand his speech. But you know what? He amazes and inspires me. Because he is there. Every. Single. Time. And no, there is no food or anything being given away that would be an obvious draw. He is engaged during the meetings-he snickers at the same parts of the meetings the rest of us do. Sometimes he forgets and responds out loud when the Mayor asks who agrees with a proposal (I’m not going to lie sometimes I find myself say “I” too!) He even makes a public comment at each meeting and his concern is always the same. He wants the City to create a publication to give to each resident so they will be aware of what’s going on in the city.

I’m sure sometimes the council members and the few residents at the meetings may get exasperated with him but he doesn’t care. He knows he has a right to be there and voice his concerns. And guess what? The city is about to publish a community newsletter! I’m sure they were already going to do so but having to hear this citizen mention it every month had to help motivate them to get it done!

This man is better than the majority of us who feel we are too busy to get more involved in our local government. At major elections we vote and wear our Georgia peach voting stickers with pride and feel we have done our duty. Reality check-that is not enough. Many citizens don’t understand how important community engagement is to the economic development of their area.

I originally believed that if my county improved its economic state, brought in more jobs and businesses, and improved the school system then the citizens would feel proud of their community and get more involved. I was surprised when two different economic developers shared with me that the opposite is the truth. Mr. Billy Peppers, director of Georgia’s Office of Downtown Development, informed me in order to have a successful downtown a city needs a constant stream of reliable volunteers.

No city has the funding to be able to pay people to work at every event. Think about the last time you attended a city event or function….maybe a 5k run or a movie at the local park. Those people who were handing out the cups of water to runners were volunteers. That lady at the front gate taking your ticket and showing you the nearest bathroom-also a volunteer.

A growing number of cities are applying to join the national Main Street movement and becoming certified Main Street cities. In order to become a Main Street city they are required to use a four point approach and the number one criteria is “broad-based community support”. According to Mr. Peppers, that consists of support from the local businesses, government officials, and the citizens. Only when everybody is on board can the downtown begin to revitalize and thrive.

She shared a wonderful example with me- suppose Barnes and Nobles is considering expansion and considers your community as a possible site. Would a quality business like this want to move into a neighborhood where the citizens throw trash on the ground, don’t attend community events, and show no pride in their city? Of course not-those are the cities that only attract low brow, mediocre businesses such as Family Dollars and liquor stores. Like attracts like- more upscale stores will not choose to be placed next to a liquor store and citizens who desire and can afford more upscale destinations will not want to live in that area and that community will continue to become more economically depressed.

There are more reasons to get involved in your community than to not get involved. Trust me-there is some area of local government where you can use your skills. This year let’s strive to be part of the solution instead of complaining about the problem!