We Are the World 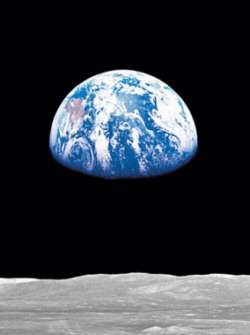 When I was asked to submit a piece for this month, I wasn’t quite sure what it was going to be. But by the time I managed to sit down to begin there appeared to be only one topic I could write about.

Sometimes a single image can capture the attention of the entire world. For most of us the emotions generated by the pictures of a dead 3 year old boy, Aylan Kurdi, washed up on a Turkish beach, were impossible to ignore. How does this happen in 2015.

Many will have thought of their own children, or children they know and momentarily swopped places with his father. How would you feel if you were standing on that beach and that was your child. Is that the way you think the world should be.

This is something I always tend to do at the end whenever I tell my story. I remind people of the power of perspective. Everybody in the room will have their own bag of troubles, a difficult boss, a noisy neighbor, a failed investment, a son who never calls. Without the benefit of peripheral vision they can become the greatest problems in the world.

So I ask my audience, when they get home, to put on the news. Only this time to watch it properly. I ask them to put themselves in the shoes of the man in Syria whose wife and 4 children have been blown up or the woman in the Philippines whose entire village has been washed away by a tsunami and then look into their bag of troubles again. Suddenly the leaking roof at your beach house doesn’t seem so big.

One of the advantages of a near death experience is that it gives you a better view of life. It allows you to see through the fog. So, frequently, I just stop the world spinning for an instant and look at everything I see.

And in 2015 I am seeing a world like I have never seen it before. I am seeing one man beheading another and entire populations fleeing for their lives. And in the civilized world I can see huge corporations whose only motive, and only expected motive is to generate bigger profits at the expense of individual humanity and personal quality of life. I see people in every direction and the most prominent common ingredient in all of their lives is stress.

Life, it would appear, was not designed to be easy, no matter who you are. True happiness, the one thing we all strive for, seems like an occasional sprinkle of magic dust that is just intended to keep you focused on the treadmill. You reach out to keep hold of it and it disappears in your hand.

And then I ask myself, what is it all about.

I have written previously that I believe the world is far too complex for us to have made it. For me there has to be something greater. Now I have my doubts if we are even capable of running the world as it is. Great advancements in certain areas, but no progress since the dark ages in others.

And if something greater did make the world we must all be here for a purpose. We are here to be the best people we can be. We don’t need any religion to tell us that. So sometimes all that makes sense is that a day of reckoning will come. We will all be asked in the end to give an account of the lives we have lived. There will be no short cuts then. The good last will be first and the bad first will be last. The beheader will be asked why he did what he did. The company that made millions by deceit will not be asked about the millions, but the deceit.

And when we are all asked if we thought dead children being washed up on a beach was appropriate for the world in which we live many of us will say it wasn’t our fault. But we are all responsible to some degree. There is nobody here but us. We are the world.

Description Are you interested in a civilian law enforcement career dedicated to keeping Ventura safe and...

The Position This is a continuous filing exam. The next filing cut-offs are at 5:00 pm...