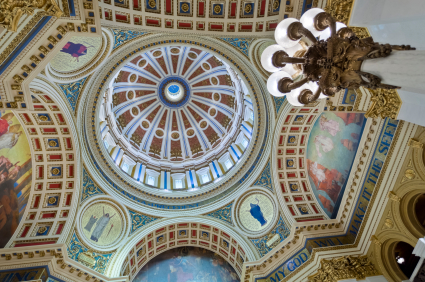 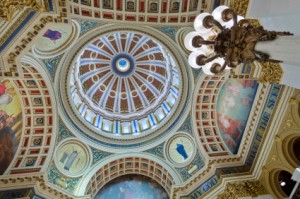 There is a story that was shared with me many years ago of a man said to have been the source of the well-known phrase “ Good Enough For Government Work”.  It was said to have originated some 70 years ago. The man, an engineer, owned a small engineering firm and would routinely bid on contracts for services from both the public and private sector.  One day while completing a large project for a private sector company, he and his staff began conducting a rigorous review of the finished product to ensure that it met each of the specifications set forth in the contract. Upon completion of the review, the Engineer turned to his staff and with a great deal of excitement allegedly said, “This is good enough for government work”!

Although this phrase is viewed today as being derogatory and suggestive of poor workmanship, if the story is true, it actually originated with the opposite meaning in mind! The phrase represented the then high degree of excellence established by most levels of government and had been proudly safeguarded by government employees across the nation.  As a corollary, if one were to look back 70 years in time, working for a governmental entity was considered a very prestigious profession. Trust in public employees was extremely high. The services received by the public was valued and widely appreciated.  Whether as a teacher entrusted with our precious children; a police officer or firefighter responsible for ensuring quality public safety protection; the public works employees who kept our streets and transportation systems in good condition allowing us to traverse across town and country; the planners who carefully designed our neighborhoods and public spaces; the public sector attorney’s who enacted and enforced ordinances and regulations to ensure our well being, governmental employees and their delivered services were highly regarded by residents across this country!

So just what has happened in the course of 70 years to cause this once prideful phrase to now be reinterpreted as that of a complete put down? Many would argue that it was due to public sector abuses occurring over the past several decades.  Some have pointed to such abuses as questionable workers compensations claims; the spike in public sector disability retirements; racking up excessive amounts of overtime and now….. pension systems that have become the new public sector poster child.  Then there are those who point to a lack of concern or interest by some employees towards the very people they served.  Each of these events may well have contributed to this “fall from grace” phenomenon.  However, they are each mere symptoms of what I believe to be the root cause of the problem.  The true cause has been the dereliction of leadership responsibilities. In essence, many leaders consciously chose to abandon their responsibility to lead by example.

This is precisely why strong leadership is crucial to every organization.  Ultimately, a workforce will reflect the behavior and characteristics of its leadership. Without a unified commitment to the organization’s established values and an unwavering resolve to always be ethical, organizations begin to slowly deteriorate.   Over the past several years, we have witnessed many of our leaders at virtually every level of government fail miserably in their responsibility to embrace bedrock values and demonstrate ethical behavior.  Their failings have had a profound impact on how government as a whole is being viewed today.

Careers in government remain a noble calling.  It continues to be the ideal place for one to exercise his or her commitment to their fellow man.  It is the perfect career to help ensure that residents enjoy deserved quality of life in each community across America.  It is the profession of choice for any service-oriented steward committed to safeguarding the public’s trust.

As leaders, let’s begin reaffirming our reasons for having chosen the public sector as a career path. Let’s begin rebuilding our image by returning to the values of our profession and exhibiting ethical behavior every day. Together, let’s strive to return the phrase “Good Enough For Government Work” back to it’s intended purpose!

P. Lamont Ewell
Is a retired City Manager and author of the book “Reaching for the Gold”

Position Summary As an academic medical center with a rich history of providing life-saving treatment in...