Do We Really Want All Politics to Be “Local”? 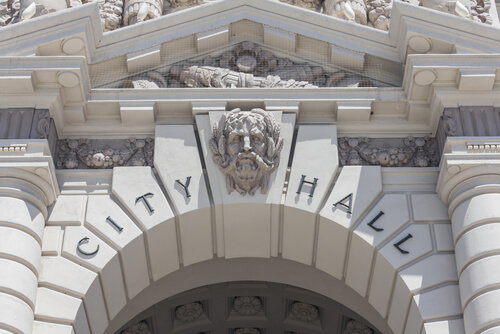 The late Tip O’Neil, Speaker of the House, is credited with declaring that “All politics is local”.  This may be a quaint notion designed to remind policy makers that addressing needs of individuals, families and their communities should be a guiding principal at all levels of government.  But, given its discourse, we must ask ourselves “do we really want national politics to influence local governance?”

Most local government elected positions are non-partisan. Though that does not guarantee harmony, it has, for the most part, spared America’s home town politics the ugly, paralyzing divisiveness found in the Congress and many State legislatures. For over a decade now, constituent trust and confidence levels in local governments have been much stronger than for the Congress and most Statehouses.  This phenomenon may be due in part to more media coverage of Federal and State legislative proceedings, as well as a flurry of scandals.  However, both the crisis of confidence and strife in Federal and State government is likely more attributable to the forces of wealth and power, and political party partisanship, that grip and dominate the body politic. These forces have resulted in a protracted period of legislative inaction and an unprecedented level of voter discontent.

It is not surprising then that elected community leaders, local government public service employees, and their constituents are apprehensive about the combative and disruptive tenor of Federal and State politics becoming “local”.  We need to preserve the essence of hometown living.  We must insure an environment where American core values can flourish, local governing bodies can be effective, and cities and counties continue to provide satisfying public service career opportunities.

How can we do that?  Some effective practices might include:

Local governments need to cultivate strong customer service-centric organizational cultures for their workforce.  This focus must be to the exclusion of any distractions including political disputes, community controversies or even temporary management-labor conflicts.  Local government organizations with a strong sense of identity, committed to sound values and a clear service mission, can resist making harmful, ineffective federal or state politics “local”.

THIS ANNOUNCEMENT IS A REPOSTING TO ADD SPECIAL INFORMATIONDEFINITION:Performs a wide variety of professional social work...