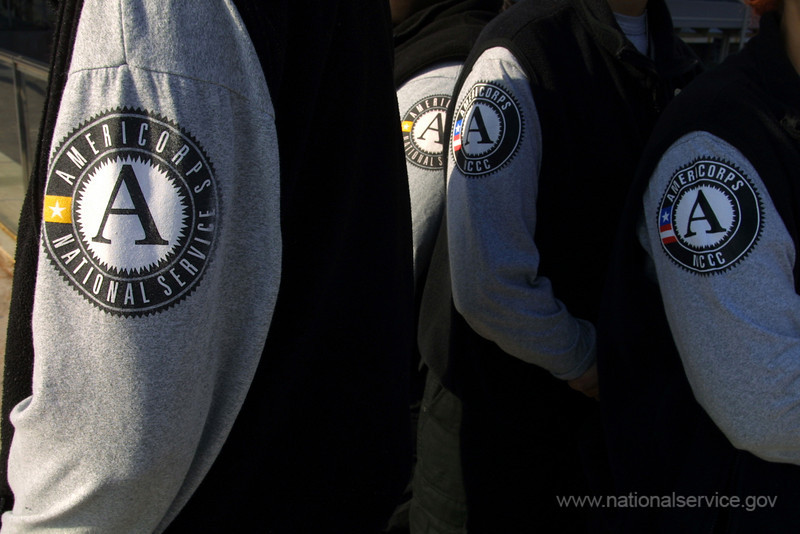 “AmeriCorps—what’s that?” “Do you mean the Peace Corps?” “I hear it’s a bad deal because you don’t make any money.”

These are just a few of the questions and comments I received from well-intentioned friends and family members when I decided to complete an 11-month term of service with AmeriCorps. After spending just a few months working for an education non-profit through the AmeriCorps State program, I began to wonder how AmeriCorps was so unheard of when its Corps members are involved in so many important projects throughout the country. I had to remind myself, however, that I didn’t really understand what AmeriCorps was until I talked to a career counselor during my senior year of college—and that was after I’d interned at a non-profit and worked alongside an AmeriCorps member.

Because AmeriCorps so often flies under the radar, I’d like to take some time to talk about a few of the things most people don’t know about this government program.

AmeriCorps is funded by the federal government. A lot of people who meet AmeriCorps members are unsure who is actually paying for things. AmeriCorps is part of the Corporation for National and Community Service and was created by President Clinton in 1993. The idea is that the federal government will give stipends to young workers (often recent college grads) in order to provide non-profits, schools, public agencies, and community groups with the support they need to continue and develop their programs. Some people refer to it as the domestic Peace Corps.

AmeriCorps members receive an education award. One major myth about AmeriCorps is that its members are not paid and that it is not a practical choice for most people. While it’s true that AmeriCorps members are considered volunteers and do not receive a salary, they do receive a monthly living stipend to help cover rent, groceries, gas, and other expenses. At the end of their term of service, they also receive an education award—currently valued at about $5,550—to either put towards existing student loans or to use in continuing their education.

There are a wide range of AmeriCorps programs in which volunteers can participate. Your options certainly aren’t limited if you decide to participate in AmeriCorps. There are three different branches of the program—State and National, VISTA, and NCCC.

State and National is the largest branch and has members that provide assistance to organizations in a broad range of fields, including health services, education, disaster preparedness, and community-building. Members are stationed in one location and work with one organization for their entire 11-month term of service. VISTA members also serve 11 months and spend their term of service completing a specific project to help an organization fight poverty. NCCC members have a 10-month term of service and may travel to different regions around the country to aid different organizations that request their direct assistance. If you’re interested in joining AmeriCorps, you can apply to a branch and program that is most in line with your career goals.

AmeriCorps is a great stepping stone for a future career. Another myth about AmeriCorps that I’ve frequently heard is that it’s a program for recent college graduates who don’t know what they want to do with their lives. While it may be true that some Corps members don’t have a specific idea of what they want to do after they complete the program, there are plenty of members who consider AmeriCorps an important step in their career plan. For those members who begin the program not knowing what they want to do, many get a better sense of their career goals after completing their term of service. Because AmeriCorps members typically work at non-profit organizations, the program provides a great way to network with people in the non-profit world, many of whom started out as AmeriCorps members themselves. It’s also a great stepping stone for a government career because it demonstrates a passion for and a commitment to public service.

Job Description and DutiesThe Financial Services - Trust Office has a permanent full-time vacancy for an...