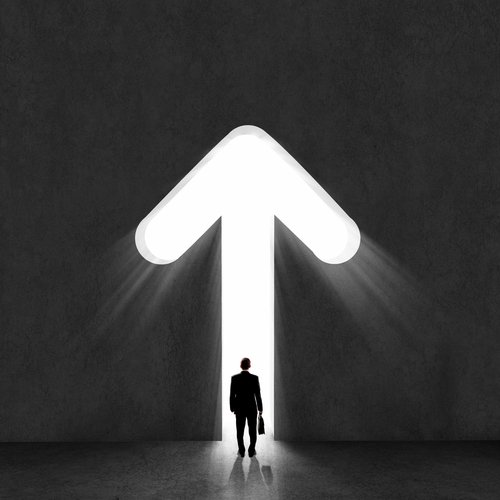 These are fearful times. Reading about economic instability, terrorism, and other threats is enough to make you want to lock your doors and stay safely home. But with fear comes opportunity to demonstrate courage. Just observe five realities.

When I was a kid, a ferocious dog named King lived down the street. At six years old, I was deathly afraid of King, a jet-black Doberman Pincher. Every time I walked past the house, King would bark viciously. I knew that I would have to confront King to overcome my fear. In my first act of courage, I donned a Superman cape and headed down the street. When I arrived at my neighbor’s house, King was sleeping in his doghouse. This was my superhero moment! I tiptoed up to his Spartan sanctuary, peered inside, and was chewed up!

Courage without brains is like ethics without a soul. There’s smart courage and there’s stupid courage. Just because you are courageous doesn’t mean you’re applying your courage toward the right aims or in the right way. My moment of stupid courage with King had a lingering impact: for years afterwards even a yelping Chihuahua frightened me.

If you aspire to be an effective leader or stellar performer, you’ll need courage, but you’ll also need intelligence, discipline, focus and persistence.

2. Shift from incidental to intentional courage.

You are courageous, but perhaps through happenstance. Yours has been an incidental

courage. Your courage manifested itself as a byproduct for engaging with fear.Most often you’ve fallen into your courage as a reluctant participant.

I invite you to shift your courage from incidental to intentional. Being intentionally courageous requires making a deep commitment to acting consistently courageous. Instead of waiting to respond to situations with courage, you seek opportunities to be courageous. You ask yourself, In what areas of my life do I need to be more courageous? What is the next courageous thing I need to do? and Who needs my courage most?

3. Expect naysayers—and seek the support of a few powerful yea-sayers.

Just because you’re courageous doesn’t mean that you’ll win people’s favor. You may in fact provoke anger and outrage. Though courage may bring out the best in you, it may also bring

out the worst in others.

Even when courage doesn’t instigate outright violence, it provokes opposition. Naysayers tend to surround people who act with courage like zombies in a graveyard. I coached, for example, the medical director of a hospital who oversaw a large staff, but hated his job of 20 years. His secret desire was to become a high school teacher. What stood in his way—his naysaying wife. She’d harp on him, moaning, “You want to give up your six-figure salary to become a poorly paid teacher? Over my dead body!”

Naysayers often position their opposition as being in your best interest. “If you do that, you’ll get hurt. I’m just trying to protect you!” they say. The reality is, however, most often they are trying to protect themselves. Their real worry is that your courage will cause them harm. When you act with courage, naysayers will try to block your way. The more substantial your courageous act, the more visceral the naysaying response will be. Recognize that for every 10 naysayers, there will be at least one powerful yea-sayer cheering you on—and their cheering will likely have a counter-balancing, possibly neutralizing, effect on those naysayers. Thus, when you’re facing a challenging situation, it helps to have the support system of a few powerful yea-sayers.

4. Move from the Closet Zone to the Courage Zone. I once asked an executive about the most courageous thing he had ever done. He replied, “When I came out of the closet.” It was no secret that Frank was gay. It also wasn’t an issue. He was an effective leader of 200 people. They had become so comfortable with Frank that he often brought his longtime partner to company-sponsored social events. People were comfortable with Frank because Frank was comfortable with himself. So I was surprised to hear him identify his outing as his most courageous thing. “It was a different world 20 years ago,” he said. “Plus, this company is full of macho engineers. I wasn’t about to wave my rainbow flag in front of them. So, for years I betrayed myself. Eventually I realized that no job is important enough for me to have to come to work as a fraud.”

Had Frank not exercised courage, he would have moved from self-betrayal to self-contempt. To live a fulfilling life, you must be able to live within your own skin. The temporary anguish that Frank experienced was eclipsed by an enduring sense of satisfaction that comes from knowing that he stood up for himself.

One courageous moment can change the trajectory of your life. When you decide to enlist in the army, or start your own business, or go to HR and accuse your boss of sexual harassment, or quit your six-figure job to become a teacher, you’ll be a different person in the long run. So, consider the consequences before you put your courage to work—and the consequences that you’ll likely reap if you don’t act with courage. The regrets that weigh heaviest on you over time are usually things you don’t do.

5. Courage is the chief virtue associated with excellence and leadership.

Virtues form the basis for living an ethical life. They involve the quality of doing what is right and avoiding what is wrong. They represent the best of the human qualities, and include honor,harmony, gratitude, beauty, compassion, faith, and yes, courage. In the pursuit of our virtues, we become better and more powerful people.

Courage is chief among the virtues. Aristotle called courage the first virtue because it makes all the other virtues possible. Winston Churchill said courage is the first of the human qualities because “it guarantees all others.” Clare Luce Booth called courage “the ladder on which all other virtues mount.” The Catholic Church identifies courage as one of the Four Cardinal Virtues, because it sustains the other three (prudence, temperance and justice) in times of challenge.

And yet little attention is paid to applying courage at work. When was the last time you went to a workshop dealing strictly with courage? Never. Yet courage is the operating system upon which other business concepts run. Courage brings vitality to other core business concepts like ethics, leadership, innovation, motivation, and relationship-building.

Courage presents a proposition that is too dangerous for some companies to embrace. If employees are more courageous, they’ll do more than sit in their cubical taking orders like well-trained circus animals. Courageous employees  will press to take on more challenging roles; voice their opinions and objections more freely; hold themselves and their companies to higher standards, elevating the expectations of their leaders in the process; challenge, and aspire, and risk, and think, and lead.

While that may look inviting, below the surface, where more competitive and subterranean impulses dwell, it’s a dangerous proposition. Courage raises the stakes. If employees start to act with more courage, will their leaders have to be more courageous too?

Courage, the virtue most associated with the pursuit of excellence, is perfectly suited for leadership. Courage is not a zero-sum game requiring the diminishment of leaders’ power as the exchange for more courageous employees. To the contrary, the more courageous all employees become, the more passionate, driven and productive the company becomes. Courage raises the stakes, and our standards. Given all the benefits that acting with courage can have on people and organizations, be courageous!

This article first appeared in the Leadership Excellence magazine.

Bill Treasurer is Chief Encouragement Officer of Giant Leap Consulting, Inc., a courage-building company. He is the author of the internationally bestselling book, Courage Goes to Work and the do-it-yourself training program, Courageous Leadership: A Program for Using Courage to Transform the Workplace. 100% of the royalties from his newest book, Leaders Open Doors is being donated to charities that support children with special needs.  Learn more at courage building

Reporting to the City Manager, the Finance Director leads a team of 15 and oversees a...

About Our JobDenver Parks & Recreation is seeking multiple full-time Irrigation Technicians to support operations within...