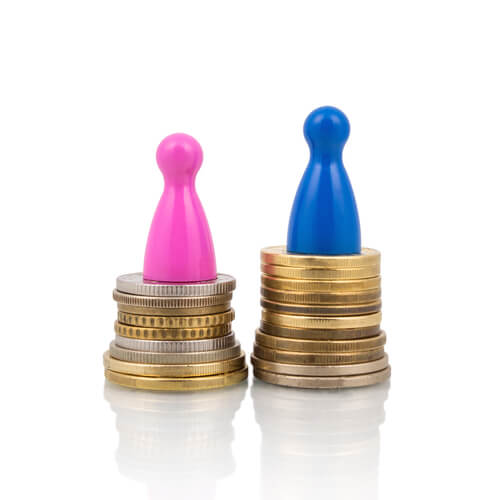 The gender pay gap has been a persistent national issue. The latest data illustrates that while the United States has made great progress, there is still more work to be done. According to the 2014 Global Gender Gap Report by the World Economic Forum, there is no nation in the world where a woman earns as much as a man for the doing the same job. It will take another 81 years to close the gender gap. The Global Gender Gap Report measures the gap between men and women within economic participation and opportunity, educational attainment, health and survival, and political empowerment. The U.S. ranked 20th overall, 4th for economic opportunity and participation, 39th for educational attainment, 62nd for health and survival, and 54th for political empowerment. Educational attainment constitutes for a large share of economic opportunity and growth. Any gains made in this sub-index would additionally benefit women.

The U.S. narrowed the wage gap by one percentage point to 66% in one year. According to the opinion of business leaders, women earn approximately two-thirds of what men earn for similar work. The U.S. also ranked 65th in wage equality among 142 nations in the report.  Narrowing the gap requires reforming policies such as paid leave in order to ensure that those who provide family care do not have their careers suffer. Businesses can also mitigate occupational segregation, which is when men and women work in positions dominated by their own gender. ‘Men’s occupations’ typically pay more than ‘women’s occupations’, even when the skill levels are equal. This is an issue that must be dealt with alone. One possible initiative that could have a positive effect on the wage gap is to hire more women into nontraditional positions and supporting their perseverance through mentoring. Ensuring that women serve on corporate boards and are in leadership positions can also have positive effects towards sustained advancement for women.

In order for women to be treated fairly regarding access to high quality positions and pay parity with men, policymakers should also seek to strengthen enforcement of current equal employment opportunity laws, such as guaranteeing non-retaliation of employees who share pay information, increasing protections and accommodations for pregnant employees, as well as requiring employers to pay comparably for men’s and women’s jobs.

Federal wage policies have not been much help recently with the poorest workers. Women hold the majority of the lowest paid jobs as well as jobs in which tips are common. They would benefit if Congress eliminated the tipped minimum wage, which has been stuck at $2.13 per hour since 1991. Currently, the U.S. minimum wage is below where it was in the 1960s. Legislative action is necessary to improve jobs for those at the bottom of the market in order to ensure that policies reach all workers.

Lastly, policies that address the power of women can confirm that women will always have a seat at the table when policies that affect all of us are discussed. Examples of such include guaranteeing collective bargaining for all workers, encouraging women to take leadership positions in labor unions, and electing more women to political office. At our current rate, women will not have an equal share of seats in Congress until 2117.

Closing the gender wage gap can mean the difference between living above or below the poverty line, between having access to high-quality child care, schools, higher education, or only being able to afford poorer quality alternatives, no pre-kindergarten, or any post-secondary education.

Overall, unequal pay has been stunting economic growth. Gains that women could make through equal pay could contribute to gains in the GDP at a rate equivalent to adding another state the size of Virginia. Each woman, including those that would gain nothing, would earn $6,251 more annually on average. This would reduce poverty by half for all families with a working woman as well as working women who live alone. There is no other strategy that could accomplish more for the economy other than achieving equal pay for women.