Seven Mentors for Those Who Wish to Serve in Government 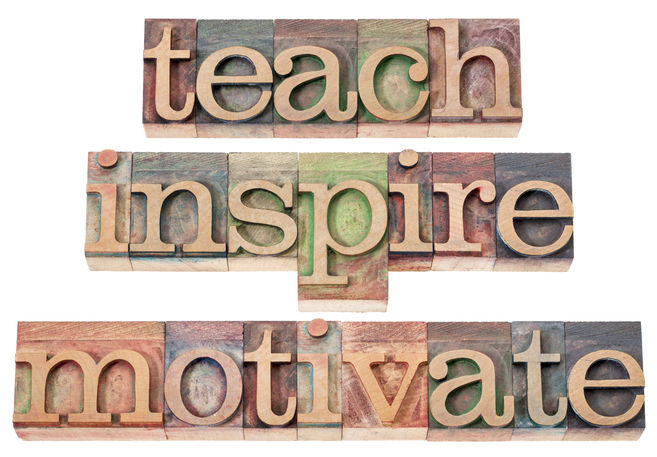 Warning:  Read with care. The thoughts shared below are not intended for everyone. The ideas that follow are meant for local government public officials and career professionals who really want to make a difference.

People often comment on the significant accomplishments I have made in my life.  Though I am not sure any of my accomplishments are significant, I am proud of what I have been able to do.  One thing I can say for certain is that I would not have accomplished much if it had not been for the seven mentors who helped shaped my life.  I call them mentors because their ideas and opinions allowed me to gain success beyond my wildest dreams; first, a rewarding career in the United States Air Force, followed by a fantastic career in local government, then as a nationally recognized author and keynote speaker.  My only regret is that I never had the chance to personally thank these seven individuals who shared so much and taught me how easy it would be to overcome and remove the barriers I confronted in life.

If you are a newly elected or seasoned local public official or a young career professional, I hope the information I am about to share will help you accomplish more in your career and allow you to make a difference in the organizations and communities you serve.  As always, I promise to be brief in sharing something of tremendous value.

The first individual who taught me a valuable principle was Nicolaus Copernicus.  Copernicus, a Polish monk, born in the late 1400’s, stood on the shore and watched a sunset.  As the sun was setting, he realized – THE EARTH COULD NOT BE THE CENTER OF THE UNIVERSE.  He openly challenged the common belief that the earth was the center of the universe.  His colleagues ridiculed him and the Church’s hierarchy chastised him.  Copernicus, however, stood firm in his convictions and challenged the status quo.  In doing so, he re-shaped the concept of how we now view the world.

The second individual I owe a debt of gratitude to is Frederick Taylor.  Taylor, a mechanical engineer and businessman, wanted to improve organizational efficiencies. Most scholars today agree Taylor is the founder of modern day “time and motion studies.”  A mining company asked Taylor for help to increase its output of coal.  For several days, Taylor observed the miners and studied how they dug out coal and loaded it on the cars.  Much to the mine’s management’s surprise, Taylor recommended the miners be issues small shovels with longer handles.  Management rejected Taylor’s proposal as ludicrous; they insisted large scooped shovels always result in more coal. Taylor countered saying 25 lb. scoop shovels tired workers out quickly by mid-morning; however, 15 lb. scoop shovels would not fatigue a miner and thus they could easily lift 15 lb. shovelfuls at a brisk pace all day long.  He believed if you give workers the right tools for their job, they will always accomplish more.

Next was my mentor Dale Carnegie.  Carnegie, a simple Missouri farm boy, noticed successful people shared two things in common; first, they knew a lot of people and, second, they felt at ease speaking in public.  Carnegie believed “career success” could be accelerated if you just reach out and meet new people and whenever you have something important to say, make sure you say it so it is clearly understood.

The fourth mentor who accelerated my career was Evelyn Wood.  A high school English teacher, Evelyn had the wisdom to foresee that more and more of what Americans learned was coming from what they read.  She noticed nearly every successful person she met could read quickly and retain most of what they read.  Her contribution to my career growth was that she created the Evelyn Wood’s Speed Reading Dynamics Course and taught people (including myself) how to increase reading speed while significantly improving the retention of what they read.

Though not impressed at first, I came to revere Arthur Murray as one of my most influential mentors I had.  Murray, a draftsman by trade, noticed that almost every successful person he met had great social skills and seldom were wall flowers.  He believed people with knowledge, experience, and inherited wealth would not go far if they lacked social graces – especially dancing skills.  Murray was so passionate about the correlation between dancing and career success he began to teach people how to dance.  His clients included Eleanor Roosevelt, John D. Rockefeller, The Duke of Windsor, the prize fighter Jack Dempsey and Gabe Gabrielsen.  Mr. Murray eventually created a worldwide franchise of dance schools, places where everyday businessmen and women could learn to dance so they could broadcast a modicum of social talent at all the civic and social functions they attended.

My sixth mentor, Elmer Wheeler, an exceptional advertising and marketing expert, believed knowledge and experience meant little in the business world if no one would buy into your ideas, products, policies, or services.  Elmer taught me not to focus on the logic of my ideas or the features they possessed.  Instead, he taught me to state the benefits my ideas would provide.  Mr. Wheeler coined a crucial phrase, Sell the sizzle – not the steak.

When a small emerging Ohio tire manufacturer wanted to go after a share of the global tire market, Mr. Wheeler advised them not to sell tires in their ads.  He believed the only way they were going to get consumers to leave Goodyear and Goodrich was to show customers the benefits their tires offered; benefits like – peace of mind, dependability, and family safety.  Today, most people know that, “Wherever tires are turning – no matter what the load – the name that’s known is Firestone where the rubber meets the road.”

Finally, the mentor who I think had the greatest impact on my career was Dr. David Schwartz.  Schwartz, a professor at Georgia State University, eventually came to realize that not every college graduate was going to go out and accomplish something amazing.  In fact, the vast majority of his students went out into the world and blended in.  Though many had similar degrees and stellar academic records, only those who honestly believed they could accomplish something “big” were the ones who actually made significant accomplishments in life.  Schwartz convinced me to Always Think Big; he assured me there were not too many Chiefs in the world; he saw the problem as too many Indians.  According to Schwartz, it was The Magic of Thinking Big that ultimately resulted in getting really important things done in life.

Well, there you have Gabe’s seven mentors and the powerful thoughts they shared:

2)    Give your employees the right tools so they can succeed.

4)    Learn to read fast and retain what you read.

6)    Sell the sizzle – never dangle raw meat in front of someone.

My hope is that you will adopt a few of these principals into your career strategies, your organization or your local unit of government. I am convinced these philosophies, shared by my mentors, can help you accomplish more and will allow you to enjoy so much more personal and career success.

ABOUT THE POSITION The Departments of Social Service and Family Services are seeking qualified candidates to...

Position Description A student employed to perform work as assigned by the supervisor. Major/Essential Functions This...