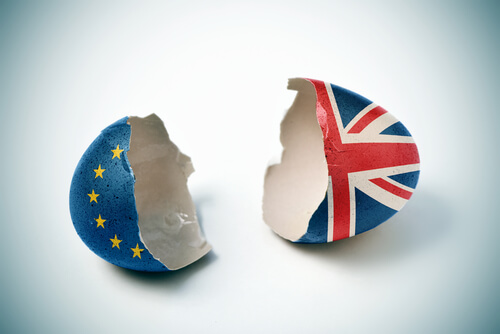 For the overwhelming majority of the IN/OUT campaign, polls pointed towards a Remain victory. Britain set to stay in EU were the claims widely accepted in the midst of the referendum race.

But even then, even before 23rd June, we were all aware of how utterly inaccurate opinion polls can be – and indeed have been in past years. In fact, I was one of few to ignore the polls and predict the silent Conservative majority in last year’s General Election, and the year before that I foresaw why Scotland would vote to stay a part of the UK by rejecting independence.

But I thought Remain would triumph, albeit narrowly, in the latest British vote. As did many: the disbelief among those waking up to BBC News reports that the nation had opted to Leave was clear.

Indeed it was a surprise – but some took it rather badly.

“I’m broken,” said one of my friends. “This is the worst day of my life,” said another. “This was never meant to happen,” declared one journalist on Twitter. The baffled response amongst the intertwined professions of the political elite and the media provided a clear illustration of just how out of touch these people have become over the last few years.

They said the task of building a workable, totally independent nation would prove too daunting for the public. They said it’s safer to hold on to the familiarity of the status quo. They said voters would stick with what they know, and they said support for change would fail.

But did it? Absolutely not.

Some called for a second referendum. Pardon? Just because you disagree with the result, you don’t get another go. That’s not the way democracy works.

There has been no room, even, for political satire in the aftermath: the real world has been doing that job too. We can look back to a wonderful exchange from British comedy Yes Minister: “Surely we’re all committed to the European ideal?” The newly-appointed Minister for Administrative Affairs asks, “If not, why are we pressing for an increase in the membership?”

“Really minister!” laughs his Permanent Secretary, a wise old owl. “The more members it has, the more arguments it can stir up: the more futile and impotent it becomes.”

And for many British voters; that’s exactly what the EU looks like now. Impractical and restrictive. For me, it’s hard to believe EU law says we should tax sanitary products, but it does.

The referendum result provoked an interesting move from Liberal Democrat leader Tim Farron. (Young American readers might not recognise the term ‘Liberal Democrat’: despite being a governing party just fourteen months ago, the party was effectively wiped out at the last general election to the extent that we can now fit the name of every Lib Dem MP into a single Tweet.) Mr Farron pledged that should he win power; Britain will rejoin the EU.

Our politicians seem to be increasingly enthusiastic about holding referendums. And it seems they are delivering a more surprising result each time. Six years ago, those arguing in favour of voting reform believed public desire for a new electoral system would win the argument. But instead there came a big vote of confidence in the status quo. In 2013, Ireland offered its people the chance to abolish the Senate – a move that the polls had supported for years – only to see the pro-reform lead vanish in the weeks before the referendum. As was the case with Britain’s relationship inside the European Union.

So what’s next? Grexit? Italeave? Byegium? Quite possibly. BREXIT won’t hinder Britain’s prosperity. As Defence Secretary John Kerry puts it: “Our relationship with the UK will not suffer.”

So why don’t we just get on with it.