10 Things to Avoid When Resolving Conflict

Recently I went to a local restaurant to pick up an online food order. When I arrived to retrieve our order, it wasn’t ready, so I took a seat in a booth to wait. Not far from me were two friends who were having a heated and animated conversation about who the best candidate for president would be. Although not trying to eavesdrop, I couldn’t help but overhear how the conversation was going. These two gentlemen were providing a prime demonstration of how not to resolve a conflict. Quite curious about how the situation would transpire, I jotted down my observations while I waited.

We all have experiences talking with people about sensitive topics that can escalate into conflict if not carefully managed.

Here are 10 things to avoid if you want to be successful in discussing differences in opinion and resolving conflict.

Don’t focus on what you want

Not once did either gentleman identify what was important to them. Consequently, the conversation rambled from topic to topic without any kind of resolution. The flow of their conversation was chaotic and disorganized. When it comes to talking about what matters most and you anticipate that there will be differing viewpoints, it is important to know what you want and why. Having a clear perspective and focus will allow you to stay on topic and manage the conversational dynamics in addressing your issue. After all, if you don’t know what you want, then it really doesn’t matter what you get.

When it starts to become obvious that your partner doesn’t agree with you, don’t take their dissent personally. This is often easier said than done. Those with less developed emotional intelligence will interpret the disagreement as a rejection of them rather a rejection of their idea. If you become emotional and start to lose self-control, you would do better to excuse yourself. If the other person becomes heated, try asking questions to understand their point of view and their passion for what is important to them.

It is natural to become emotional when others don’t seem to listen, become emotional themselves, or are disrespectful. However, remember that a person’s emotion says more about them than it does about you. Just because someone becomes emotional, it doesn’t mean that you have to become emotional yourself. You have a choice about how you will respond to people. When we become emotional, our ability to reason is lost, and we usually end up doing or saying things that don’t help us resolve our challenges.

There is nothing wrong with standing up for your views or offering a different perspective, but you have to be able to do so effectively. Refusing to consider or listen to the other person’s point of view or telling them they don’t really know what they are talking about will not work. Engaging in this type of behavior will do nothing but create defensiveness in the other person. In essence, what you give to the other person will be what they return to you. You would be wise to thoroughly explore the other person’s perspective and then ask them if you may share a different point of view. If you have respectfully listened to them, they will most assuredly listen to you. When you share your view, begin by sharing data, supportive evidence, or experience and how that has shaped your opinion. Then, ask them to comment on what you have shared. In this manner, you will create dialogue-based shared views rather than a combative interchange that goes nowhere.

When you begin to blame others for why you can’t reach a solution in a disagreement, you will just create more of the same. You blame them and they in turn will blame you. This blame cycle will continue as long as both parties continue to point fingers at one another leading to everyone feeling unjustly accused. It is also difficult to disengage without feeling like you are capitulating, so we tend to stay in the fight. Rather than make accusations, you would do better to explore the other’s perspective. Doing this will allow you to focus on and address the issues rather than making it personal. 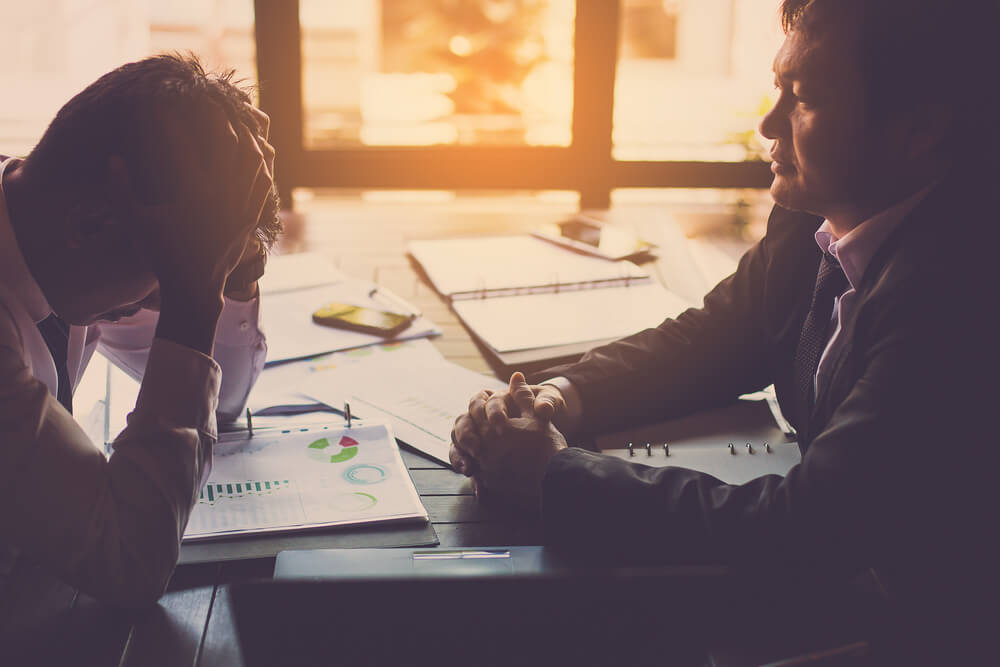 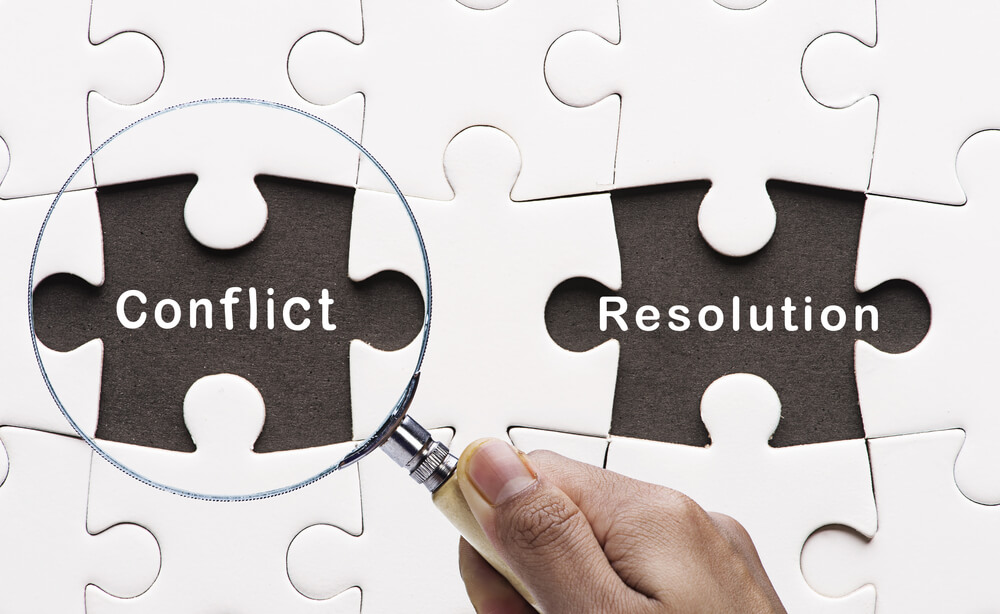 Having a clear perspective and focus will allow you to stay on topic and manage the conversational dynamics in addressing your issue.

Someone once told me that “but” was really an acronym for “behold the underlying truth.” People will use “but” as a way of saying everything you just said is false or incorrect. You would be better off to use “and” or “and yet” than “butting” people. For example, let’s say someone says that they don’t think what you are proposing will work. You could say, “I understand that you disagree and yet we only have two days to address the problem. What would you suggest?” Notice that using “and yet” does not negate what they have said and you are reminding them of the parameters for completing the task. Then when you end with a question that invites their opinion, you are asking them to consider the criteria you introduced. This shifts the conversation from disagreement to collaboration.

When some people encounter resistance or disagreement, they become animated and energetically display their displeasure. They may raise their voice and use a cynical or sarcastic tone. It is not uncommon for them to clench their hands, pound on the table, wave their arms, make extreme gestures, point their index finger, or make slicing or chopping motions. As this type of behavior generally makes others uncomfortable, people will respond in one of two ways: they will also raise their voice and mirror the other person’s body language, or they will shut down and quit engaging altogether. When this happens, the opportunity to resolve the situation stops until one of the parties makes an attempt to rebuild the relationship.

Whether we like to admit it or not, we sometimes do or say things that require us to apologize. In the restaurant as the two gentlemen’s conversation escalated, one said something hurtful about his friend. The friend responded that his words were offensive. Nothing happened. The first gentleman didn’t acknowledge his fault, nor did he apologize. Big mistake. I can only imagine that the quality of their relationship will be negatively impacted going forward. Sometimes we are oblivious about the impact of our own behavior; other times, we find it difficult to humble ourselves and admit that we are at fault. Whatever the reason for not offering an apology, I would invite you to take a step back, reflect on the impact of your behavior, and ask yourself what you want to create for yourself going forward.

Use unfounded judgment or opinion

In resolving conflict, part of the challenge people experience is that in the absence of data and evidence to support their views, they will resort to relying solely on their opinion or judgment. People will offer their opinion as fact without any support for the idea other than they thought it. When you don’t agree with them, they may become emotional, disrespectful, or shut down. In this situation, it is important to ask questions to understand why the person thinks or feels the way that they do. Looking for facts and substantiation is hard work because often people’s opinions are devoid of any concrete evidence other than what they think.

Be unwilling to consider other views

This is a corollary to the previous point. Unfortunately, people often lose sight of what they are trying to accomplish or what would be best for everyone involved. They would rather get their way and will not consider any views or perspectives outside their own. People who refuse to consider the experiences and knowledge of others are doomed to short-sightedness and a very limited view of what is possible.

These are a few practices that are not helpful in resolving conflict. As you reflect on your own experiences, I hope my observations will help you consider which behaviors you need to replace to improve your conflict resolution skills.

Under direction, to perform difficult and complex personal property appraisals and conduct audits for tax assessment...

Description:Application ProcessThis position is open until filled. For full consideration, please submit application, along with cover...