Make Your Media Interview a Success! 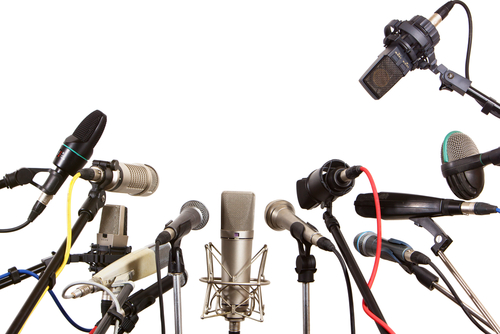 For many professionals in government, interacting with the media is an unwritten part of their job description.

Media interviews can happen when your department’s public information officer asks for coverage of news, or when a reporter comes to your organization for a story they’ve initiated, whether it’s a subject you are excited to talk about or one you would rather avoid.

While anyone can find him or herself in front of a reporter’s microphone, not everyone knows the rules for engaging with media. Talking to a reporter is no ordinary conversation where being articulate and knowledgeable are enough to succeed. Nor is it an inquisition, where you must dutifully respond to every question a reporter asks.

Because reporters follow different but well defined rules, it pays to familiarize yourself with their playbook. Not only will you have a better chance of accomplishing your objectives for the interview, but spokespeople who understand the process help reporters do their jobs more easily.

Here are a few things to know before talking to a reporter:

Know what you can and can’t control: Accept that you won’t have complete control over this experience. Your best preparation is to get formal media training before taking on any media interview responsibilities. This will help you make the interview serve you and your organization as much as possible.

Start with your Public Information Officer: Your PIO is an integral part of the interview. They are usually the first point of contact with the reporter. They will help you understand the angle of the story and what kind of reporter is asking (is it someone doing a friendly business story or is it an investigative reporter who usually covers scandals?). Your PIO will also help you craft the key messages you need to convey in your interview – regardless of what the reporter asks.

A media interview is not an interrogation: It only becomes one if you are not prepared. Despite outward appearances, your job is not to answer every one of the reporter’s questions. Your job is to communicate the messages that you want to convey, and to understand how to insert them into the interview.

Respect deadlines: “What’s your deadline?” should be one of the first questions you (or your PIO) asks any reporter. Aim to return a reporter’s call within an hour.

Prepare for the questions you think you’ll be asked: Be especially ready for the ones you hope they don’t ask.

Understand the reporter’s role: Their job is to report the news as they see it. They are not concerned with how you or your company appears in the story. They are also not mind readers, so don’t expect a reporter to interpret and report what you meant to say but didn’t.

There’s no such thing as “off the record.”: If you tell something to a reporter, make sure that it’s something that you will be comfortable seeing forever in print or online news reports.

Avoidance is not an interview tactic: Dodging a reporter’s phone call will not help you or your organization. Neither will losing your cool on camera, lying, becoming combative, swearing or saying “No comment.”

Brevity matters: Keep your answers concise, avoid acronyms and jargon, and speak so that a fifth grader can understand you. This all comes with practice and preparedness.

Prepare for success: Yes, many things are out of your control (don’t even think about asking to see the story before it airs or goes to print). Still, your preparation greatly influences whether or not the resulting coverage helps or harms your organization. Be ready to make the most of your next media interview opportunity.