What Makes a “Good” Government Leader?

by Tiffany Fishman | Nov 17, 2013 | About the Public Sector, education/training 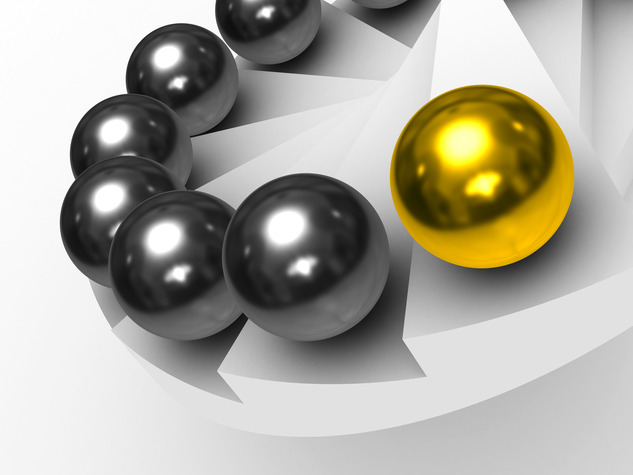 In its 2012 Best Places to Work survey, the Partnership for Public Service found that US federal civil servants are less happy with their jobs than at any time since 2003 (when the organization first started compiling its rankings of the best places to work in the federal government).[1] The government-wide index score—which indicates how government employees rate the experience of working at their jobs—fell five percent, from 64 out of 100 in 2011 to 60.8 this year, representing the largest drop in the history of the rankings.[2] 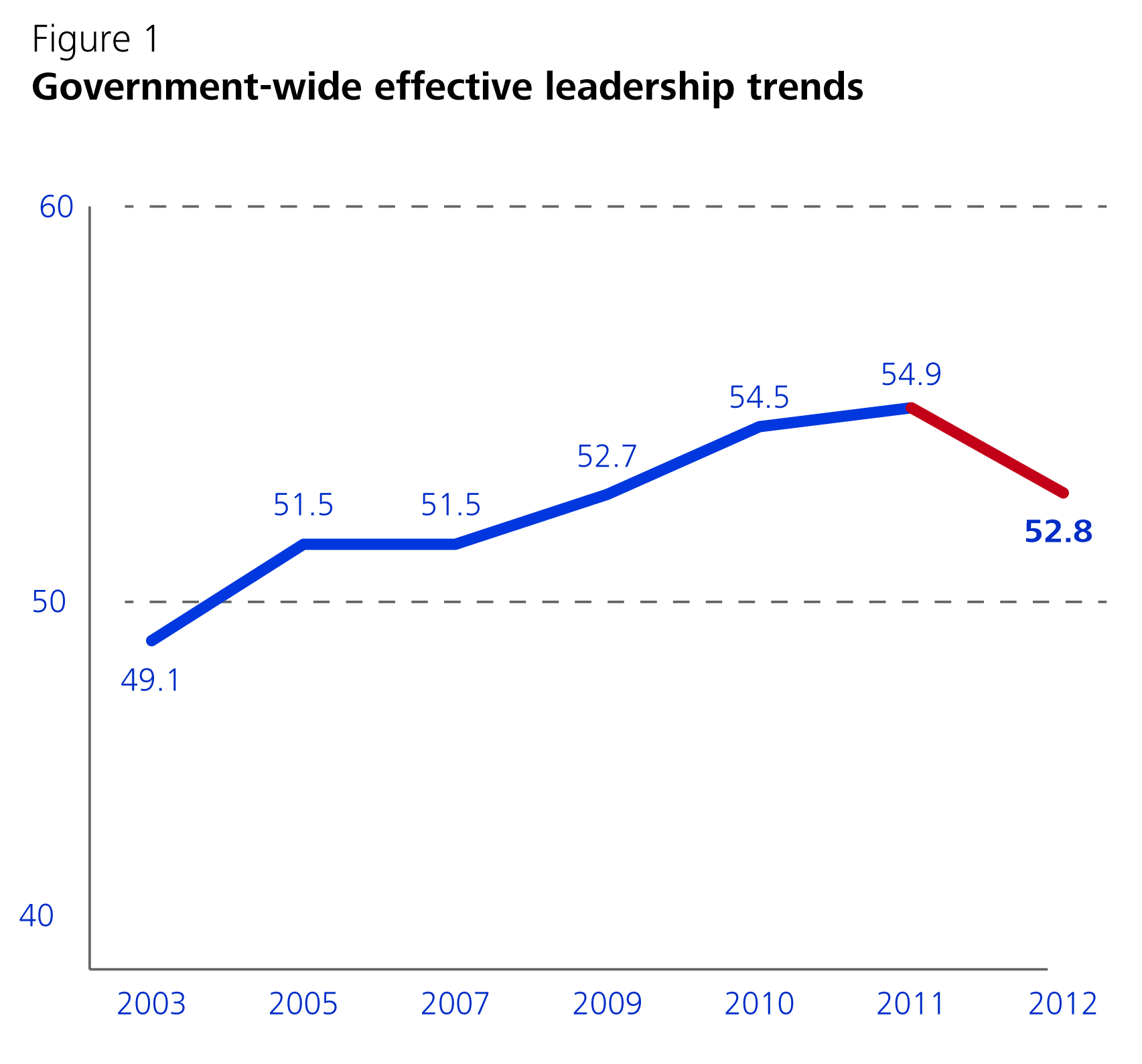 Source: Partnership for Public Service, “Best Places to Work in the Federal Government Analysis: Federal Leadership on the Decline,” April 2013

The question for government leaders is what can be done to reverse this worrying trend?

Traditional leadership styles made for command and control environments are no longer adequate for the challenges that government faces today. Effective leaders understand the need to expand their repertoire of skills to meet the increased expectations of those they lead and to cope with an increasingly complex operating environment.

As a result, the notion of what constitutes effective leadership in government is evolving. For one thing, it often no longer follows a top-down model, with executives promulgating orders and rank-and-file workers carrying them out. Effective leaders recognize that great ideas can come from anywhere, and executing those ideas well may require talent drawn from all quarters—both inside and outside government. These leaders have learned to tap the energies of individuals from throughout their own organizations, encouraging new ways of thinking and working, and even allowing a little flexibility in pursuit of great results. Such leaders also work across boundaries, seizing opportunities to collaborate with other agencies, with the private sector, and with the public.

The new wave of leaders also knows how to think small. Instead of seeking change through vast, multi-year projects which, if they don’t succeed, may fail spectacularly, they instead often look to make change one discrete step at a time. They provide a safe environment where employees can experiment with new approaches, apply their successes, learn from their failures, and go on to the next iteration.

Finally, these new leaders know how to use digital media both tactically and strategically. They take advantage of social networks to foster collaboration and communication—within their agencies and with partners and constituents outside their own walls. They also use all the digital tools at their disposal to construct a vision out of disparate pieces of information—sensing trends, gauging moods, and developing a sense of what’s needed next.

To read more about effective leadership in the digital age, see The New Government Leader.

[3] Partnership for Public Service, “Best Places to Work in the Federal Government Analysis: Federal Leadership on the Decline,” April 2013.