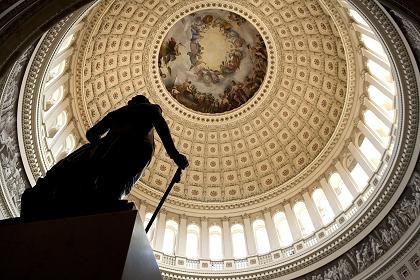 There are numerous forces that function together to enhance economic growth and development. The role of public policy has been one of those forces that can have either a positive or negative impact.

Examples of additional influences are deficits, educational investments, human capital investments, infrastructure investments, and technology and growth of knowledge. It is also critical to incentivize GDP growth, create jobs, and reestablish competiveness. By working together to retool our economy, it can run at a higher, more sustainable rate of growth within the future.

Public policy is important in stimulating and developing the economy. For example, a free public college education can pay back in dividends through a long-term stimulus. A whole new segment of the future workforce would add newly obtained skills and training for the globalization era.

By offering older Americans who lost their jobs a partial tuition credit, it also provides an opportunity to obtain new skills and facilitate further economic growth. Increasing minimum wage can enable equal distribution of the excess profits from the labor market and facilitate them to return to labor rather than capital.

Through equal distribution of the profits, there is an opportunity for money to be put back into the economy through consumer spending. Lastly, the best method to boost economic growth is by providing a stimulus to the infrastructure, education, research, and healthcare sectors. A comprehensive provision of an investment by Congress would create thousands of new jobs, substantially increase GDP growth, and give the economy the support systems and infrastructure necessary to perform at maximum output.

Productivity boosts play a critical role. For example, without one younger generations will experience slower increases within their standard of living. These slower increases have an essential function because it affects the quality of life and the GDP growth. Productivity and GDP growth ensure that the nation remains competitive, which allows businesses to constantly operate, invest, and expand nationwide. Our rapid rate of innovation and productivity growth has been at the core of the U.S. economy and our expandable domestic markets.

Investments and Deficits… Advantages and Disadvantages?

Public investments facilitate the accumulation of public capital. There are several types of investments to consider: educational, infrastructure, physical capital, technology, and human capital. Investments that are made within these areas can have profound economic effects. For example, infrastructure investments including roads, bridges, water supplies, sanitation, and infrastructure for public health and education are all factors within economic development and the quality of life for those affected. Improved infrastructure and transportation systems can increase job creation and tourism, both of which boost the economy.

Government deficits can have both positive and negative effects. Debt is best utilized to finance income producing assets that can be used to pay back the debt. Using debt to pay for unproductive assets can lead to a sinkhole because the depletion of the interest and principle payments surpass the influx of income. Large deficits can contribute to price instability. A weak fiscal position decreases a government’s ability to borrow if faced with an unforeseen catastrophe.