JOHN STOKER
John R. Stoker is the author of  “Overcoming Fake Talk” and the president of Dialogue WORKS, Inc.  His organization helps clients and their teams improve leadership engagement in order to achieve superior results. He is an expert in the fields of leadership, change, dialogue, critical thinking, conflict resolution, and emotional intelligence, and has worked and spoken to such companies as Cox Communications, Lockheed Martin, Honeywell, and AbbVie. Connect with him on Facebook, LinkedIn, or Twitter.
A while back I wrote an article detailing ideas for connecting with various generations. As Generation Z is now starting to enter the workforce, I thought it was important to provide some tips for interacting with them as well. Last summer, my two Zs came home from college, and I experienced them in a different way. I couldn’t believe that when I would try to have a serious conversation with one of them that they could hold the conversation with me while interacting on their phone with someone else at the same time. Although I was surprised and somewhat puzzled at the moment, my frustration served to fuel my curiosity about this younger generation.

Although it is unfair to stereotypically categorize a generation with broad sweeping generalizations, I found it helpful to research the common themes that characterize this upcoming and growing generation as they begin to move into the workforce.

A review of what has influenced how they have grown up, their characteristics, and the different ways of establishing connection will hopefully provide you with useful insight.

This generation grew up with the terrorist attacks of 9/11 and has really never known a time when we were not in some kind of conflict. The occurrence of mass shootings has increasingly made them sensitive to the notion of safety for everyone.

They also lived through the Great Recession of 2008 or what has become known as the US Global Financial Crisis where people lost their personal fortunes and their parents were forced to become more conservative in their spending. Listening to their parents discuss measures they would need to take to provide for their family helped this generation to adopt a more conservative and realistic approach to personal finances.

Generation Z also grew up with a high degree of access to the Internet and technical devices while playing with their parents’ Smartphones, iPods, and tablets. With the creation of Facebook, Twitter, Snapchat, Instagram, and millions of other apps, these individuals are connected to the Internet every hour of the day.

This generation has also seen a shift in the diversity of the population which has led them to not only be much more open and accepting of diverse cultures and races of people, but also to be more sensitive to other global challenges and problems. 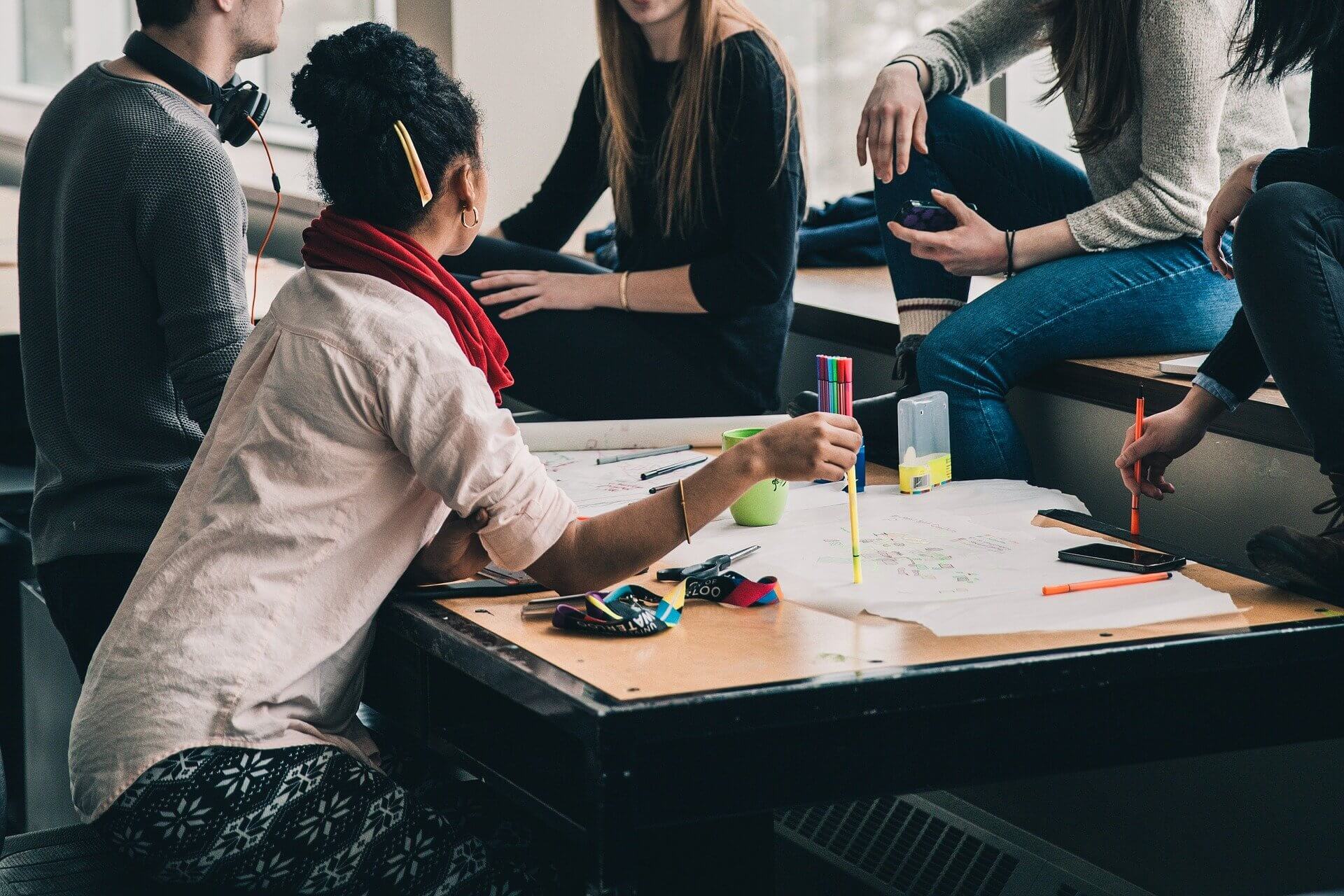 Accept individuality. You shouldn’t stereotype them or refer to them by their generation.
JOHN STOKER

Generation Z’s characteristics are derived from the influences they have experienced.

They are literally tech natives. They are highly connected to any number of applications. Having grown with some form of tech, they pick up the use of technology and its applications very quickly. This has led them to expect instant gratification. They thrive on speed and want what is next as quickly as they can get it. Their tech experience has also shortened their attention span.

Gen Z’s experience with tech has taught them how to process information very rapidly. They tend to be smarter in the ways they solve problems because of the speed with which they assimilate information. However, their reliance on tech to solve problems may stymy their ability to address more complex challenges where information is not immediately available.

They are creative and self-directed as well as very entrepreneurial. They understand how easy it is to use their time and resources to make money. A recent survey identified that 72% of Gen Z would like to be their own boss and start and run their own business. (1)

Because of the many pressures that they face, they often say that they are overwhelmed by the pressure to do well in school, select a career, get into college, save the planet, determine their politics, understand sexual orientation, and combat racism. (2) From my own conversation with my Z-Squad, they said that some of their overwhelmed feelings come because they may try to present a version of themselves on social media that is not true or accurate; consequently, they struggle to find an accurate sense of self as they feel the pressure to succeed and to be what they think they should be.

Their reliance on tech has made them very independent of others. They tend to be more self-directed and tend not to be particularly good team players. They lack a group or team orientation because of the familiarity of isolation they experience with social media.

Gen Z is used to having things adapted or customized for them. Whether it is music sold in curated playlists, clothing, the news, on-demand movies, or videos that are offered on YouTube. They are used to having what they consume the way they want it. This is important to remember when thinking about messaging.

The ways of establishing meaningful connections with Gen Z is not very different from other generations. Here is a short list of suggestions for connecting with your Zs.

Message concisely. Because they are used to receiving information in short bites, be sure to make your messaging concise. It is also important to give them the information quickly and visibly whenever possible. For example, using headings and short text components is much more effective than using longer paragraphs or documents. Make your emails and communications easily accessible and digestible.

Text rather than talk. When I was told this by my Zs, they told me that sometimes talking online was easier and safer because it takes away uncomfortable barriers. However, they also said that they liked one-on-one, face-to-face interactions because of the personal connection that is shared and developed. Take the opportunity to create a personal connection by speaking with them individually. They understand that communication is more than just talking screen to screen, but they like the convenience and accessibility texting/messaging offers.

Be authentic. They appreciate it when people are honest and sincere with them. Being able to be vulnerable and to tell them what you are working on or challenged by will greatly improve your interactions and relationship with them. Likewise, they are very much put off by people who are “fake” or disingenuous.  Being authentic is powerful because these younger people are highly influenced by those who care about them.

Ask questions. Be willing to learn about them by asking questions. Look for opportunities to solicit their ideas and thoughts. Doing so will allow you to establish rapport while demonstrating that you care and are concerned for them as individuals and what they have to offer. Creating collaborative relationships helps people of different generations to appreciate each other while striving to reach your organization’s goals.

Accept individuality. You shouldn’t stereotype them or refer to them by their generation. A lot of this has occurred with the millennial generation. It is annoying, unfair, and judgmental. That being said, we should spend more time understanding one another for who we are rather than categorically referring to people as a certain generation which illustrates a “type.”

Build influence. I have already stated that it is important to ask them for their input and ideas. However, you might want to create a mentorship program or assign younger employees to be coached or mentored by more experienced employees on the challenges that they are currently facing. Creating mixed-age project teams is another way to increase collaboration and expedite sharing. These tactics will help to establish rapport while sharing expertise to build individuals’ capacity.

Determine a path for growth. As with any other generation, taking the time to understand what interests a person and helping build a developmental plan for their individual growth speaks volumes about your concern for their success.

It is important to understand how generational differences may influence how people work together. It is also significant to take specific steps to improve the way you interact and communicate with those who are different from yourself. Taking the time to understand and apply the cues above will help you to connect and create the results you desire with a diverse generational workforce.

Summary WHY WORK FOR WACO:Make a difference in the lives of real people every day 37...