I Tried to Use a Job to Regain my Identity! 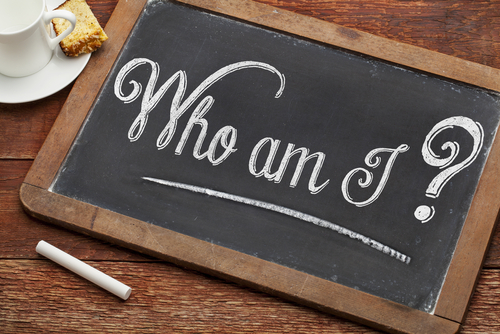 You may be wondering, “What the heck is she talking about?”

When I ventured back into to the workplace working for the federal government, I did not consider ALL THINGS! I just wanted to get back out there and regain my independence and feel like I was on my way somewhere! I made an emotional decision driven by my own insecurities and fear of losing my identity from becoming a Wife and Mother. Everything in my life was centered around my husband and children. At the children’s school events I no longer had a name. I was referred to as “Such and such Mom.” All trips were family related and my husband and I rarely did anything outside the children. I slowly started to lose my zest for life and I knew I had to do something quick to reclaim MYSELF! So, I accepted a full time federal position without fully weighing all the options including the salary, location, promotion potential and flexibility.

This venture wasn’t all what it cracked up to be!

Let’s get down to the real problem, MANAGEMENT!

Management not only controlled the salary, promotion potential and flexibility, they wanted to control me! I am an extrovert and I love interacting with people. My first week employed there it was a known fact you had to be QUIET. It was a cubicle office setting so being respectful of others were warranted but whispering and tip toeing around the building was pushing it! Conversations weren’t allowed and if the director saw anyone talking in the hallway or near the copiers she would say something. After a awhile, we knew to leave if we saw her coming. I started feeling like I was in the office version of the ‘Hunger Games (2012)’.

Although I had ALL the signs not to take the job, I took it anyway. My insecurities led me to a job I knew wasn’t right for me. When I became a Wife and a Mother all my decisions were based on what was best for the family, not myself. I thought placing my family first would make me happy but I realized that wasn’t true. One unanalyzed decision let to another one and in the end I was aggravated, bewildered and unhappy! I felt like my life was no longer mines.

I learned how to take time for myself and weigh all the pros and cons before taking a job. Today, I make decisions based on what’s good for ME and my family.

Know what is important in your life and what you’re willing to negotiate. The workplace should enhance you and make you a better person not strip you of your pride and dignity. It’s up to you to work on your insecurities before you seek employment. Remember you attract who you are and you get back what you put into the universe.