Politics Is Local and National 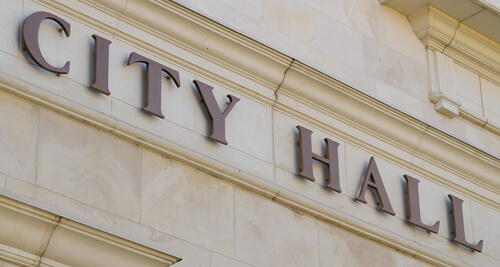 Despite being fatigued from the recent conclusion of the 2016 general elections that have dominated news for more than a year, we need to not forget about the impact of the most recent elections on the future. No, I am not talking about the hundreds of future PhDs that will be written on this election, though what follows may be an interesting beginning to future research. Rather, while the focus has been on the top of the ticket and who will be moving to Washington D.C. and who will be moving out of their offices on Capitol Hill, down ballot races and the individuals elected to local offices will likely have a more substantial impact on our day-to-day lives than what goes on in our Nation’s capital. I can say only “likely” because this is 2016 after all!

I have a working thesis stating political consistency and slow policy changes are more important to economic stability than most anything else. Economic and finance theory support such a thesis because markets work best when there is certainty. Because the representative democracy political system invokes a cumbersome process, the only consistent outcome is less rather than more action. Only when there is extensive policy transparency in times of underlying economic uncertainty does it make sense to deviate toward an active period of policy change. To put it another way, more uncertainty in the markets than uncertainty of policy results means legislative activism is acceptable.

The encouragement I offer is quite simple. At first I thought as residents and government professionals we should pay more attention to our political leaders and the professional proposals requiring approval when the economy is more certain than when the economy is less certain. For a policy to fit into the above thesis, when the economy is more certain, the policy needs to be exceedingly certain, and when the economy is less certain, the policy has a lower certainty threshold. But then I considered compounding economic uncertainty with relative policy uncertainty and the situation is not one I want to advocate. The conclusion, therefore, is not glamorous, unpredictable, or new. It is our responsibility, as residents and/or professionals of special districts, municipalities, counties, states, and country to pay attention to the economy more generally, proposals presented to, and policies made by political office holders. We might not be able to prevent a recessed period on the economic cycle, but the depth of the next trough, the slope of the next recovery, and height of the next peak can be influence by the presentations made to political office holders as they listen and represent interests.