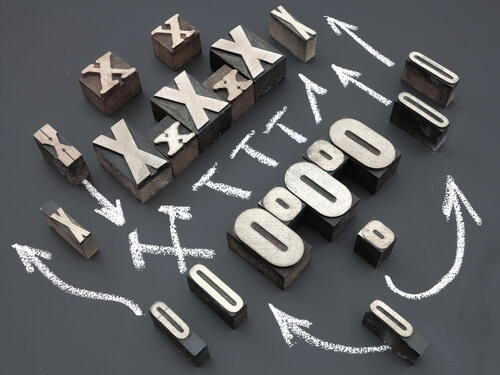 Mentorship is an important career component. While a mentee with a great mentor can be the beginning of a successful career for the mentee, it may be equally important to the mentor. The mentee has the opportunity to learn from the mentor and her wisdom while the mentor has another opportunity to share with others that same wisdom she has acquired over her career. In the case of public employees, the question becomes, is there enough fostering of mentor-mentee relationships to prepare the next generation?

It is well documented the average age of government employees is getting older and approaching retirement. In a number of communities, there are early signs of departments struggling to fill vacancies with qualified candidates. Whether a lack of qualified talent, competitive wages, constraining civil service policies, or some other issues are contributing to hiring struggles, I would suggest investigating the occurrence and strength of mentor-mentee relationships.

Theoretically, with an aging workforce, younger employees should be increasingly interested in public employment. First, there is substantial organization knowledge from which the next generation will learn from. Second, simply imagine the organizational advancement possibilities when you know an increasing number of vacancies are becoming available. Like many seemingly perfect depictions, there are some downsides. Organizational knowledge may be balanced by organizational inertia – the idea: this is how it has been done, this is how we are doing it, and that is how it will be done. The opportunities also do not dismiss the potential civil service policies issue or the public-private wage gap (assuming wage is an important concern, naturally).

To recap thus far, there is great opportunity for the next generation of government workers even if there are some issues. There is a lot of knowledge among current employees as well as a high possibility for stubbornness among them. There is opportunity to grow in an organization even if some of the growth will be stunted by civil service policies.

Smarter people than I have been working on the questions that surround the future of the municipal government workforce and have published their work on the subject. My only suggestion is to consider the importance of mentorship and the mentor-mentee relationship. Some mentorship can be formal and other mentorship can be informal. I would further suggest a conscious effort to examine informal mentorship. Are interns and young career employees asking the right kinds of questions? As someone self-categorized between those two groups, I would say no – personally. And no college course or career seminar I have attended mentions mentorship.

Are middle managers and executives dedicating time to interns, and young subordinates? While I cannot answer that question, my fear is that there persists a competitive culture in government (as well as other sectors and industries?) remnant from the last decade of deep personnel reductions where defense was the name of the game and future was tomorrow. Likewise, the same duties are covered by fewer individuals leaving less time for something like mentoring.  As conditions return to normal for some, the name of the game should shift to offence and the future should be a year or maybe even five years from now.

In honor of the sports of the season, the last decade has been like tennis – one-on-one matches with a few dominant baseline players. Just as the U.S. Open only lasts a fortnight, football will continue for weeks and months after. Let us take a baby step and encourage governments to be like a college football team. Success occurs with great recruiting and graduate transfers. There is a sense of next man up culture as rosters turn over at least every five years. Yes, there is still competition among players on the team, but there is also a lot of specialization and even more raw talent. There will always be competition among employees of all organizations, but in an industry struggling to find any existing talent, shouldn’t the focus be on finding high school athletes who are three star recruits and still growing, using the coaching staff to refine the player, and watch them lead the team to a conference championship?